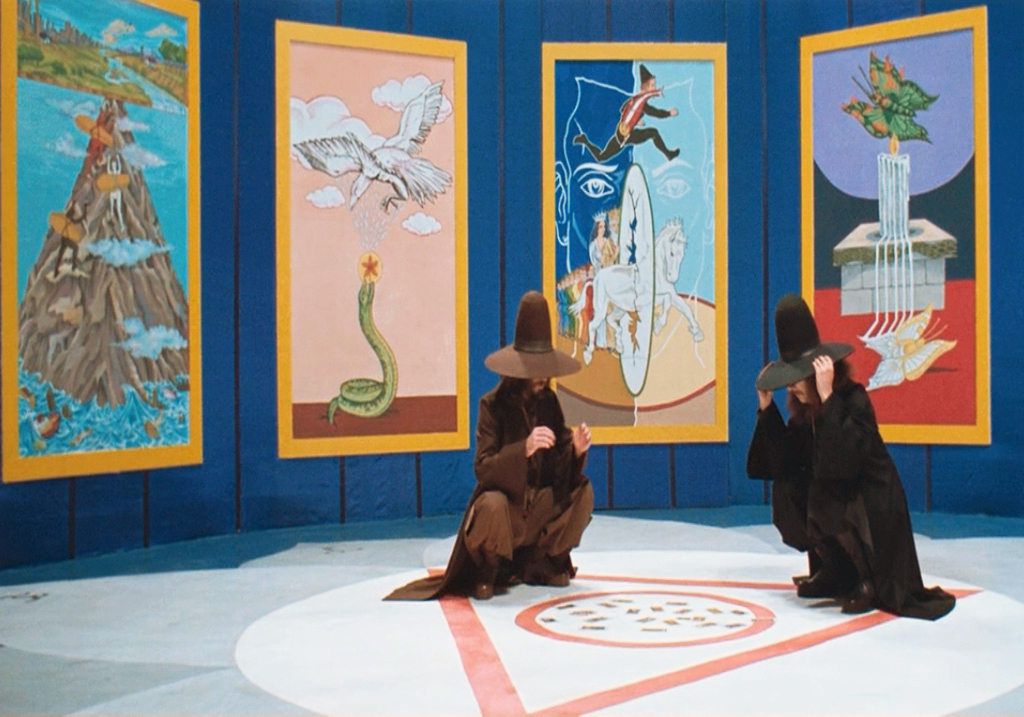 Plot: As a thief climbs a high tower, he meets the alchemist in a rainbow room (played by Jodorowsky). After completion of the initiation ritual, he sets out with seven companions in search of the holy mountain and the secret of immortality…

Experimental film by the Chilean director, poet and Tarot teacher Alejandro Jodorowsky from 1973, who has gained cult status. He was inspired by René Daumal’s novel “Mount Analog” (Le Mont Analogue, 1944/1952). The metaphysical drama deals with religion and violence and found i.a. in John Lennon and Marilyn Manson enthusiastic supporters. The film reveals itself as a huge trip: It is said that Jodorowsky had his performers in preparation for the film experimented with intoxicants and meditated with them together, in order to get to the stage of a collective consciousness. “The Holy Mountain” (La Montaña Sagrada) is an overwhelming work full of cynicism and extravagant images. Phantasmagoric imagination and drug-influenced creativity merge here into a grotesque circus full of exquisite curiosities and mystic allusions.

Guided Tour with Regina Barunke to the exhibition “Mattia Denisse. TRIPOD. The Anthropolgist Monkey VS The Alcoholic Lizard”, and Film Screening