errant journal
Presentation / Release
With the editor Irene de Craen and other guests
Within the framework of publics&publishings
(English, hybrid)

Trance: Body, Space and Memory
Workshop with Laís Machado
Within the workshop series
How to: Embody the Flow of Time Differently
(Portuguese / German / English) 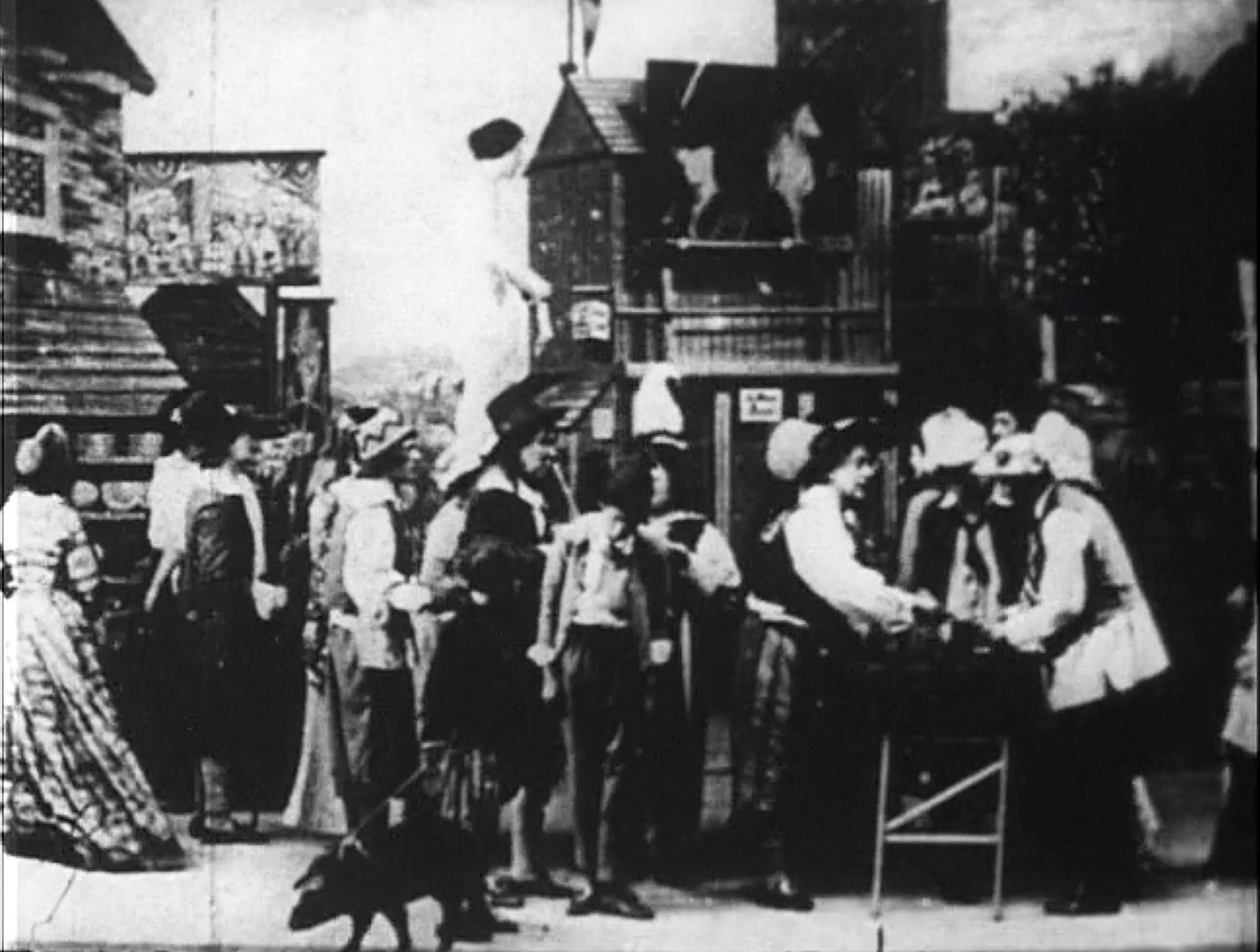 “Tom, Tom, The Piper’s Son” is an experimental film from 1969/71 and a milestone in the structuralist film. In it, Ken Jacobs reveals the extraordinary wealth of a tableau film from 1905 from G.W. “Billy” Bitzer. Based on William Hogarth’s “The Southwark Fair” etching, his street vendors, clowns, and pickpockets are the backdrop to the famous pig-thieving recounted in a nursery rhyme. Jacobs zooms into the original celluloid, magnifying the easily overlooked actions of certain characters, slowing down in one place and repeating the other, showing the complexity of the footage. “‘Tom, Tom, The Piper’s Son’ was an adventure because I discovered new levels of perception in the underlying short comedy of 1905. Not only was there a “Freudian” scene with a pig in it. The footage also succumbed to decay, with scratches or the peeling emulsion as proof of time”. (Ken Jacobs)

Ken Jacobs was born in 1933 in New York, USA. He studied painting with Hans Hofmann from 1956 to 1957. He started making films in 1955. In 1966, Jacobs founded the Millennium Film Workshop, of which he was the director until 1968. A year later he started the Department of Cinema at the State University of New York in Binghamton. He taught there from 1974 until his retirement in 2000. Along with teaching cinema, he has made a number of experimental films and videos, which have been shown worldwide. In addition, he has presented a series of film performances under the names “The Nervous System” since the mid 1970s and “The Nervous Magic Lantern” since 2000.

Film screening to the exhibition “Mattia Denisse. TRIPOD. The Anthropologist Monkey VS The Alcoholic Lizard”