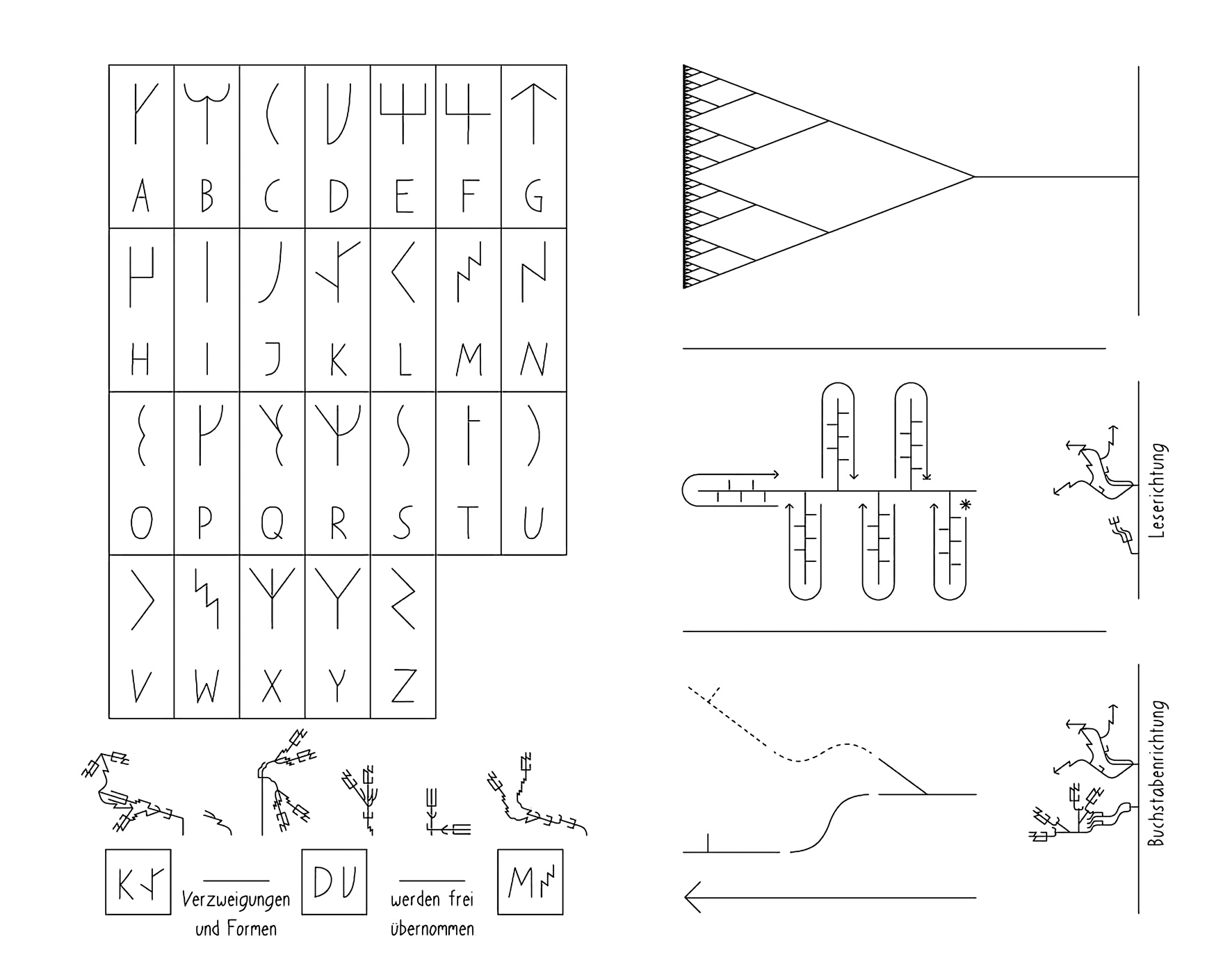 Everything that exists (and what does not exist, or rather, what exists in its non-existence), owes itself to an original deviation, a differentiation of the self from itself. “Clinamen” the ancient natural philosopher Lucretius called “the Origin bodies tiny diffraction “(De rerum natura, Book II, V.292), that random deviation of the atoms from their straight-line fall through the empty space. “Clinamen” is also the title of the 34th chapter of Alfred Jarry’s “neo-scientific” novel “Gestes et opinions du docteur Faustroll, pataphysicien” (Exploits and Opinions of Dr. Faustroll, Pataphysician), in which a painting machine continues to create new images even after the complete devastation of Paris. One of Jarry’s best disciples, René Daumal, created in his fragmentary novel “Le Mont Analogue” (Mount Analogue) the myth of a mountain, which must necessarily exist as a link between heaven and earth, humans and gods, but can only be geographically located by logical deduction: A curvature not only of the atoms but of the Euclidean space conceals them from the eyes of the uninitiated. At the beginning of the expedition is thus the training in a science of imaginary solutions: the Pataphysics. For insofar as it proves the identity of the real and the imaginary, and thus the meaning of the imagination for the setting of its (imaginary) difference, it liberates the view of that inner geometry of language, of lines and writing, which is always capable of producing other worlds.

Maximilian Gilleßen, born in 1988, studied philosophy in Berlin and Paris. Together with Anton Stuckardt he founded in 2014 the publisher zero sharp. He translated and commented on works by René Daumal, Jean-Pierre Brisset, Gaston de Pawlowski, Michel Carrouges, René Crevel and Raymond Roussel, to whom his dissertation is also dedicated. He is a member of the Friedrich Schlegel Graduate School of Literary Studies and of the Collège de Pataphysique.

Anton Stuckardt, born in 1989, studied graphic design at the Hochschule für Gestaltung Offenbach and the Gerrit Rietveld Academie, Amsterdam. 2014-2015 he was a researcher at the Jan van Eyck Academie, Maastricht (project: “La maison plate – architecture in the thin space of virtuality”). Since 2014, he runs together with the translator Maximilian Gilleßen the publisher zero sharp, works as a freelance graphic designer and since 2016 as an academic staff at the College of Design Karlsruhe.

Talk to the exhibition “Mattia Denisse. TRIPOD. The Anthropologist Monkey VS The Alcoholic Lizard”