Natasha marie Llorens:
Curating the Post-Academic in and out of the Jan van Eyck Academie 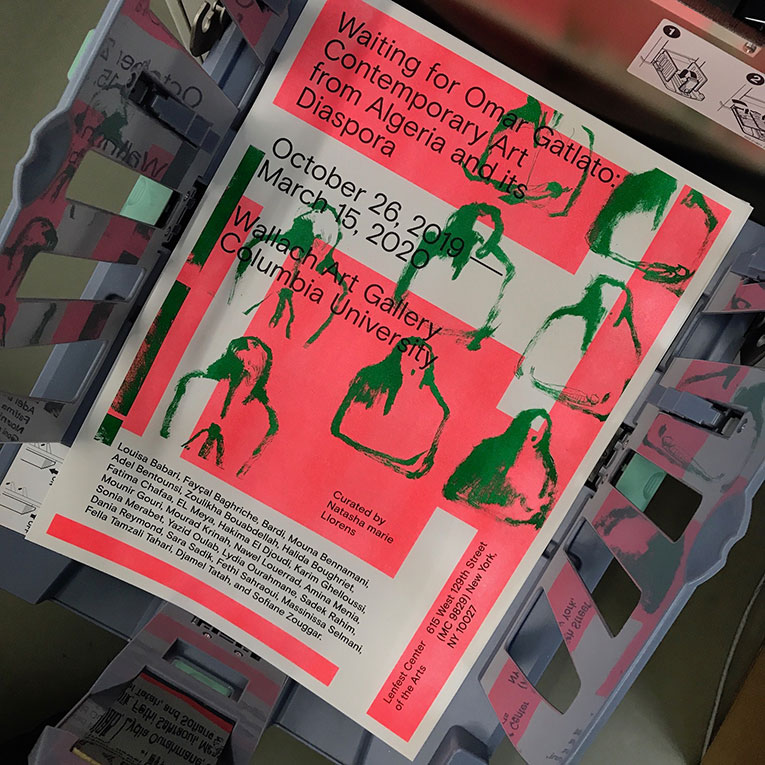 In the lecture at the HFK, Natasha marie Llorens will speak about her role as a researcher/curator in residence at the Jan Van Eyck Academie, touching on its institutional identity and mission, the resources available to students, and the kinds of collaborations it enables between them. Llorens is in residence in part to work towards two related exhibitions of contemporary art from Algeria and its diaspora, “Waiting for Omar Gatlato,” the first of which opened in New York on the 25th of October at Columbia University’s Wallach Art Gallery. In the second half of her presentation, she will speak about the research underlying this project from the perspective of recent debates concerning the decolonization of the arts.

Natasha marie Llorens is a Franco-American independent curator and writer. Current curatorial projects include e.g. Children of Violence, a cycle of exhibitions, texts and symposia devoted to the representation of violence in contemporary art. She has curated various exhibitions, e.g. at the International Studio and Curatorial Program (Brooklyn), the Zabludowicz Gallery (London) and at Westfälischer Kunstverein (Münster). Llorens writes about North African and Middle Eastern contemporary art and film, feminism, philosophies of violence, queer and intersectional politics in art, post-colonial and ethical curatorial practice, appearing in e.g. ArtReview, BOMB Magazine and Art Agenda. A graduate of the MA program at the Center for Curatorial Studies at Bard, Llorens is currently a Ph.D. candidate in Modern and Contemporary Art History at Columbia University. Her academic research is focused on five films from the experimental underground of Algerian national cinema between 1965 and 1979 and has been supported by the American Institute of Maghribi Studies (AIMS). She has taught at Columbia University, the Cooper Union and Eugene Lang College, all in New York City, and the Curatorial Studies MA program at Parsons in Paris. She is a core tutor in History & Theory at Piet Zwart in Rotterdam.