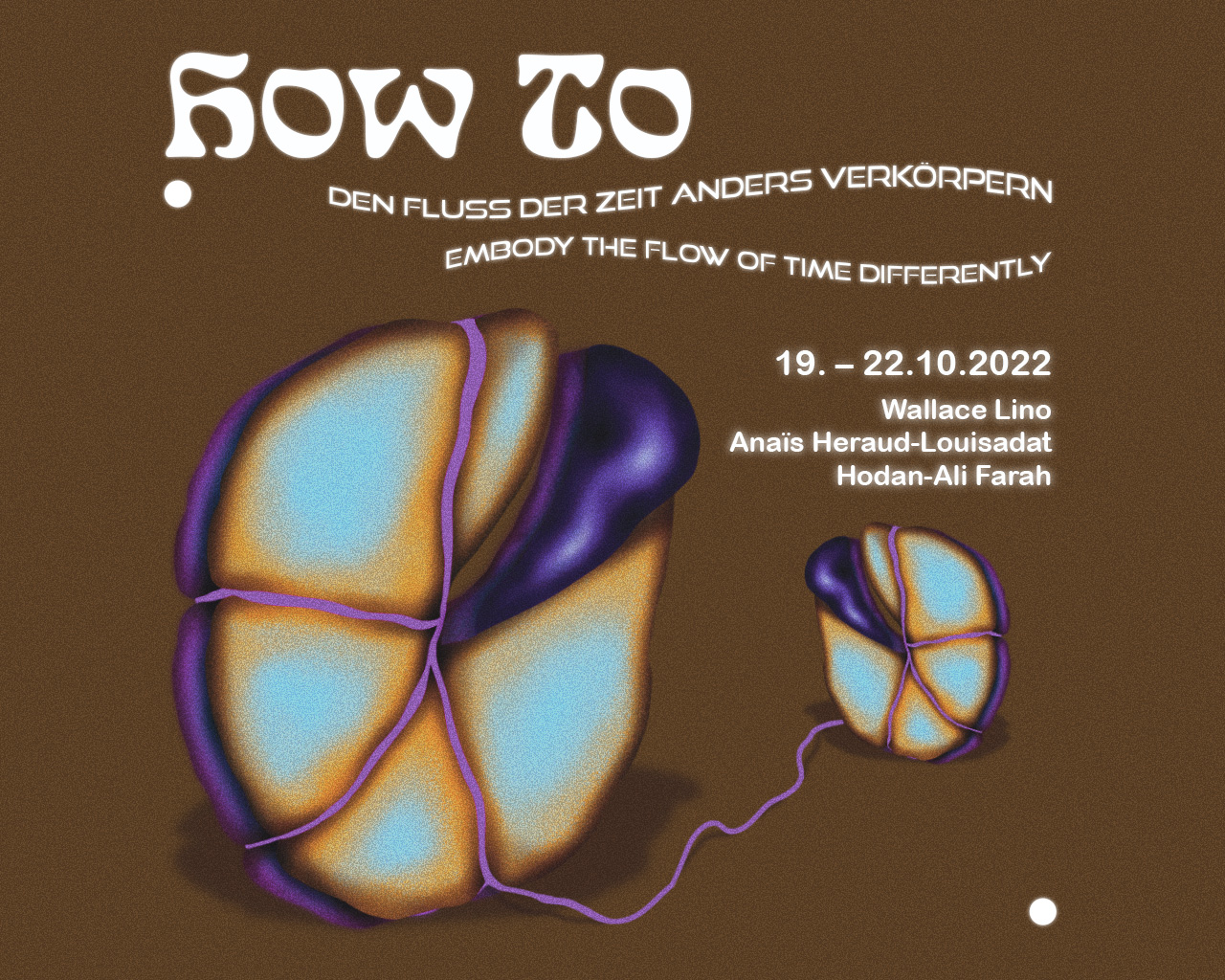 The six workshops in the How to: Embody the Flow of Time Differently series will sketch out alternative futures based on stories and memories. Each will combine theory and practice, addressing issues such as colonial continuities in Bremen’s urban space, the relationship between body, space, memory, and trance, and the self at the end of the world.

Wednesday, 19 October, 7 pm
Inputs and introductions of the artists
(German)

My name is Anaïs Héraud-Louisadat, I am working as an artist and art therapist and I am based in Berlin. My artistic practice focuses on painting, performance and artistic interventions in public spaces as well as institutions. Many of my projects develop around the relations and draw connections between aspects of local historical and social contexts and contemporary issues.
For this 3 hours workshop I would like to invite you to take part in a shared artistic experience tackling the topic of personal und collective history(ies). We will mainly work practically! I will propose body work, we will draw and paint. The workshop is open to everyone and doesn’t require any artistic knowledge and experience. The workshop will be taught in English and/or German. Please contact me for any special needs – I will then adapt the exercises – and bring clothes in which you can move and paint.
I am looking forward to meeting you.

Friday, 21 October, 6–9 pm
Fiction, Memory and Territory and the Controversy of the Self at the End of the World
Workshop with Wallace Lino
(Portuguese/German)

Wallace Lino is a Black LGBTQIA multi-artist and has been working for over 15 years in theater groups and collectives created in the favela Maré. The workshop is based on the experiences he has gathered in this process on topics such as memory, race, gender, sexuality and territory.
First, the film Noite das Estrelas (Night of the Stars) will be shown. It tells the story of the LGBT night show of the same name that existed in Maré for about 20 years starting in the 1980s. Afterwards, in the workshop, fictions will be initiated in writing, film, performance or theater – starting from existences, narratives or facts that have disappeared or been erased – that question everyday life and the self.

Sat, 22 October 2–5 pm
Another city is possible. Colonial continuities in urban space and ways out
Workshop with Hodan-Ali Farah
(German)

The first part of the workshop consists of a city walk, during which the gaze will be directed to the colonial continuities in the immediate vicinity of the GAK.
In the second part we want to work together on concrete resistant responses to colonial imprints in the cityscape.
Hodan-Ali Farah is a native of Bremen and moves along the intersections of art, activism and political education work. She is concerned with the continuities of Bremen’s colonial heritage and the resulting realities of life for Black people in Bremen. She understands her works as political and resistant, as they are expressions and reflections of a reality in which colonial continuities exist and influence the experiences – they imprint themselves on the image of a city and yet remain invisible.

You are warmly invited to take part in all workshops, it is nonetheless possible to sign up separately for them.

The How to: workshop series is a translation exercise taking place in the spaces between language and gesture and across cultures and geographical distances. It does not seek to conceal the entanglements, misunderstandings, and impossibilities that accompany it; instead, it will experiment with a new kind of ethical and aesthetic present.

How to: The Flow of Spirit (Oliver Bulas & Annette Hans) has been realizing dialogic workshop situations since 2018. These have taken place in Hamburg, Berlin, Rio de Janeiro, and Lyon.

Fri, 21 Oct, 6–9 pm
Fiction, Memory and Territory and the Controversy of the Self at the End of the World
Workshop with Wallace Lino
(Portuguese/German)

Sat, 22 October 2–5 pm
Another city is possible. Colonial continuities in urban space and ways out
Workshop with Hodan-Ali Farah
(German)

How to: is supported by Fonds Soziokultur with funds from the Federal Government Commissioner for Culture and the Media as part of NEUSTART KULTUR and with the support of ifa—Institute for Foreign Cultural Relations