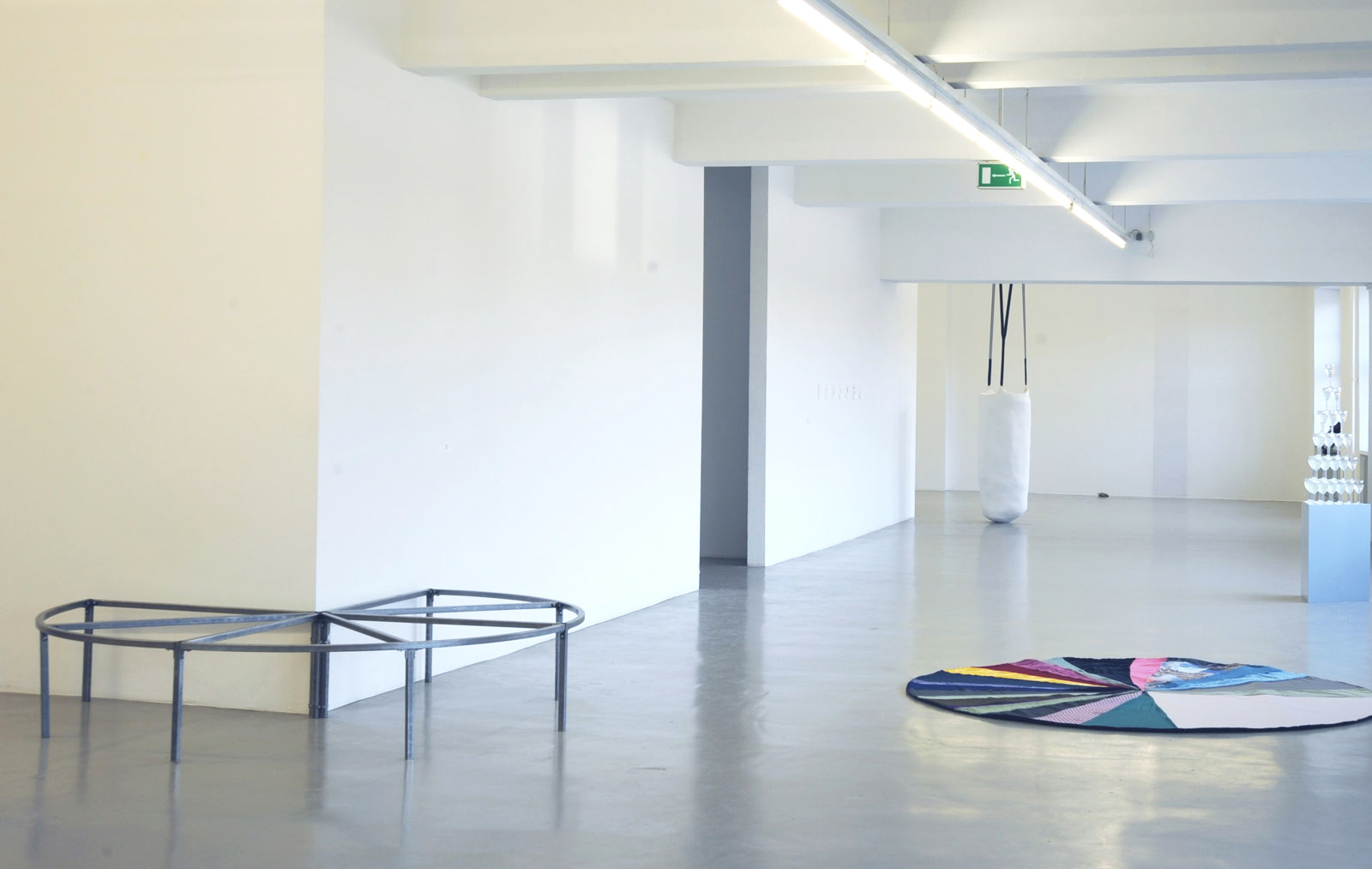 Shore leave (German: Landgang) – a term for the stay of seafarers ashore, but also for the link between ship and shore, the jetty. In biology, on the other hand, the term refers to the gradual adaptation process of aquatic life to the terrestrial habitat. In the context of the exhibition “Landgänge”, the class of Prof. Franka Hörnschemeyer of the Hochschule für Künste Bremen (University of the Arts Bremen) has travelled from the Überseestadt to the Teerhofinsel – Frei.Zeit in der GAK.

Nine students present works that were created for this exhibition context, shown for the first time or newly situated in “Landgänge”. The unifying moment of the individual positions and working methods lies in the examination of the nature of the space designed and structured by man – in its physical presence, as volume and shell, but also as a social setting and set of rules. With a precise feeling for situations, constellations and materialities, observations from the everyday environment are taken up and sharpened, what is hidden is made visible, physicality is analysed, standards are shifted or the inside is turned inside out.

A further part of the exhibition was created in the exterior space and parallel to it in the form of a publication: Starting from display cases permanently installed on the GAK building, in which normally announcement posters for various exhibitions are hung, some students realized works in, on and with the format of the display case, these were photographed and now placed at the place of origin – as a photograph or as an original work. Furthermore, all photographs were brought together with an accompanying text in a publication. In a translation process, the border areas of surface and space as well as the constituent moments of a work are thus examined.

In cooperation with HfK Bremen