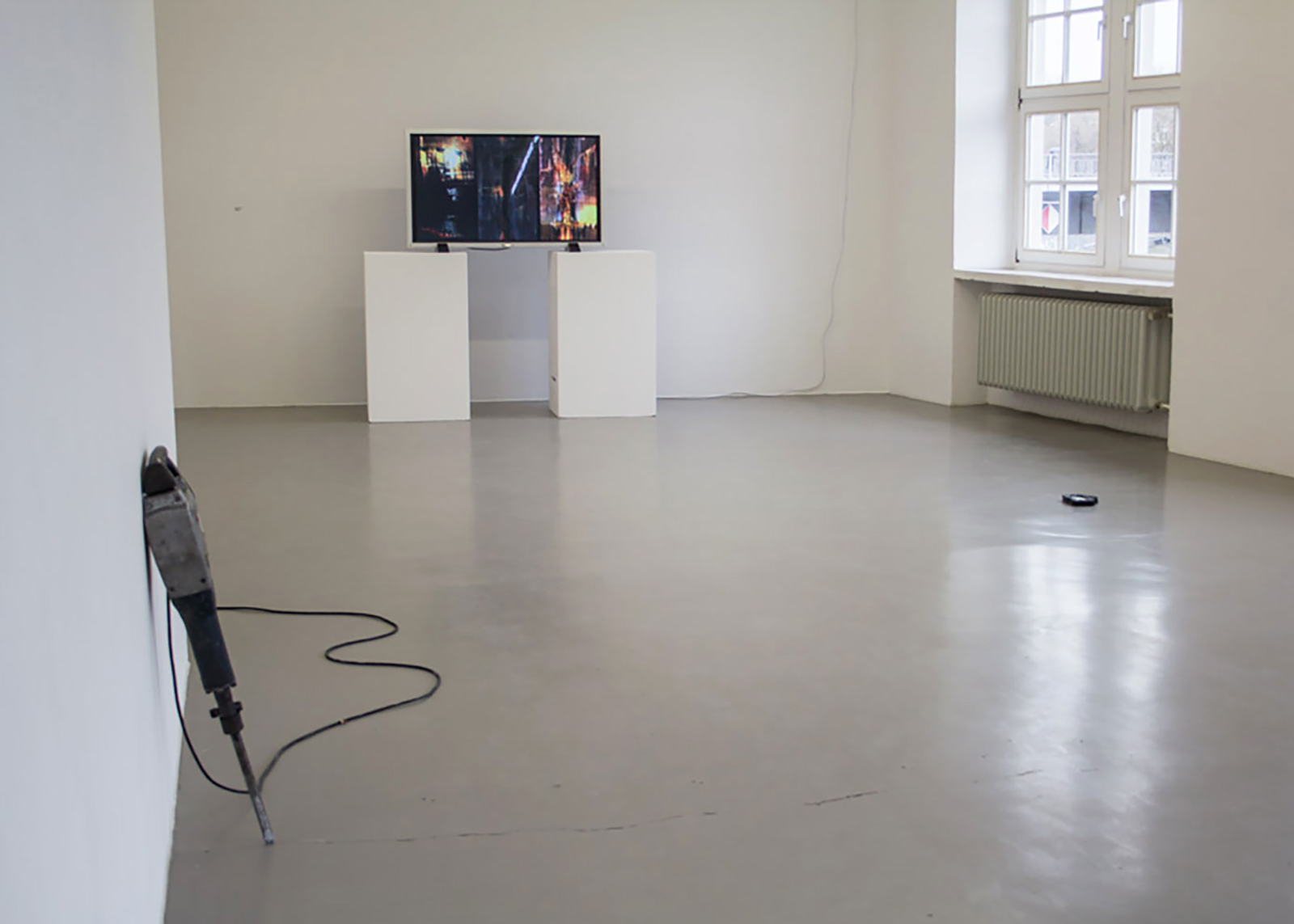 This year again, a class from the Hochschule für Künste Bremen will have the opportunity to present their work for one week at the GAK as part of the series Frei.Zeit. The students from Prof. Jean-François Guiton’s Studio for Contemporary Media will be showing works in the exhibition “Flatlands” that have been specially conceived, presented for the first time or newly situated for this occasion.

“What can be expected of us is to go as far as possible and not to arrive at a result” (George Bataille) is a quotation that can be found on the class’s website and aptly describes what the students have committed themselves to. The novel Flatland, by Edwin A. Abbott, to which the title of the exhibition is related, is also about a journey of knowledge, “going as far as possible” and ultimately not getting a clear result. In the second part of the novel, the satire, which was initially critical of society, is transformed into a mathematical journey of a square, which dreams of a two-dimensional flatland into a one-dimensional line land and is finally enlightened about space and three-dimensionality by a sphere. If a square can capture the third dimension, are there perhaps four, five or even more dimensions in our universe? How can space-time be captured and represented with our time media and which spaces can the present time open up to us?

Based on such questions, the positions of the class of Jean-François Guiton deal in very different ways with temporal and current phenomena of our society, explore particularities of the digital age and illuminate subtleties of everyday life from their own perspective. Technization and digitality are important elements of the exhibition and often serve here to produce imagery or to translate from one dimension to another. Large-scale video installations, classic photo prints and concepts with sculptural elements are exhibited, but also works that combine different formats or where the boundaries are fluid. In a differentiated way, the play with dimensions is the common denominator of the twelve artistic positions. For example, an audio file is translated by means of a complex cybernetic system into a seemingly graphic movement, the premises of the GAK are shaken, or a complete film is shown in one and a half seconds.

As part of the series Frei.Zeit
In cooperation with the HfK Bremen