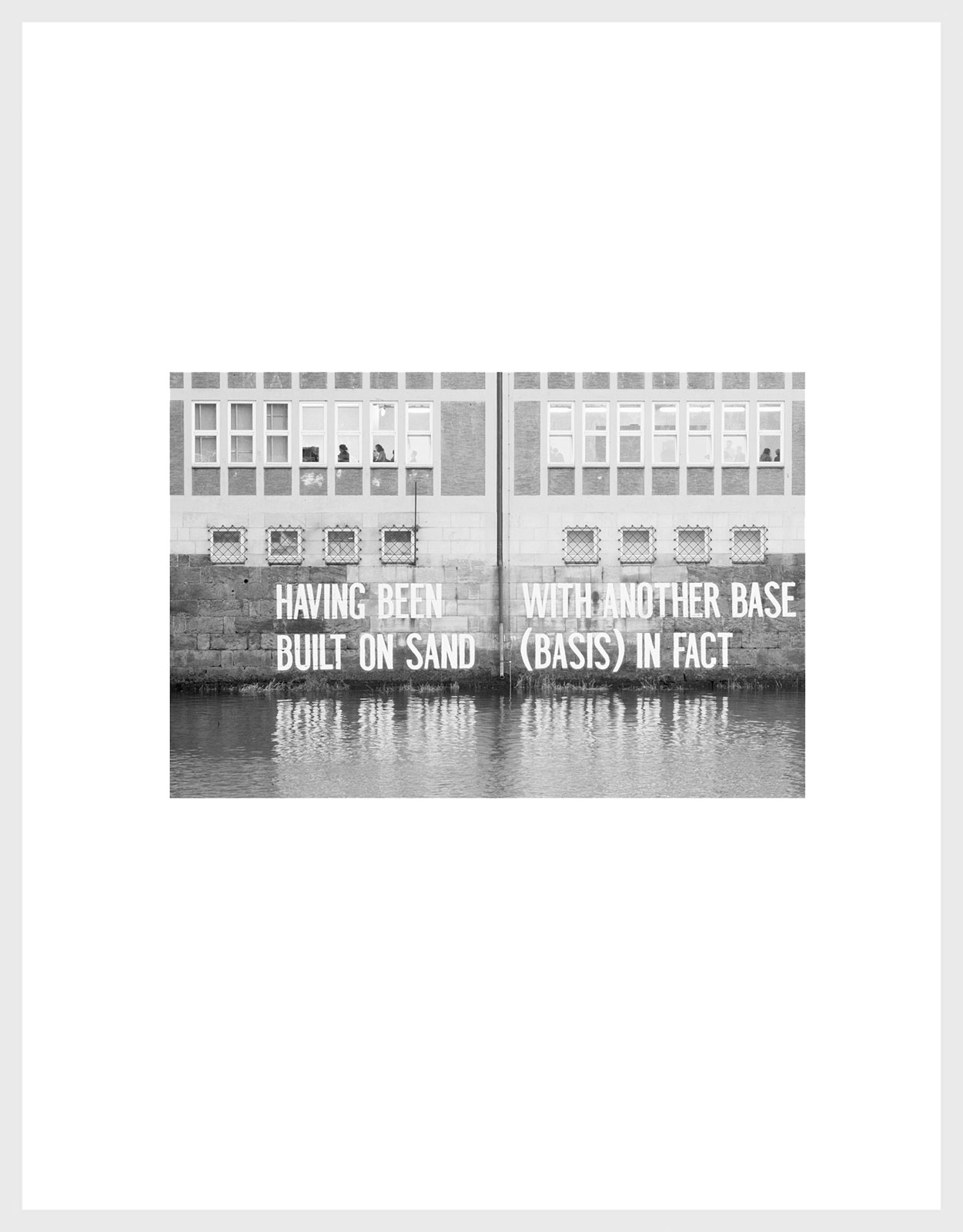 In his photographs, Michael Schmid approaches the motifs with the greatest precision and presents them bin a reductive formal language. Everyday experiences or objects serve as the starting point for his works, which are isolated and unambiguously placed in the centre of the image space. Schmid’s work focuses on the essential and pursues subtle paradoxes of our reality without any subsequent retouching of these in the photographs.

Schmid’s annual edition directly relates to the GAK. Not only was it created during one of the GAK’s opening nights, it also portrays the GAK’s striking façade displaying the large-scale mural by Lawrence Weiner. Opening was shot from the other side of the Weser River, exactly opposite the GAK. In the twilight, Weiner’s work reflects in the water. People appear backlit in windows. Schmid’s view of the situation in the black and white print is both distanced and tense, presenting the opposition of a static element (the building) and the atmosphere (the reflection on the river and the opening night activity inside).