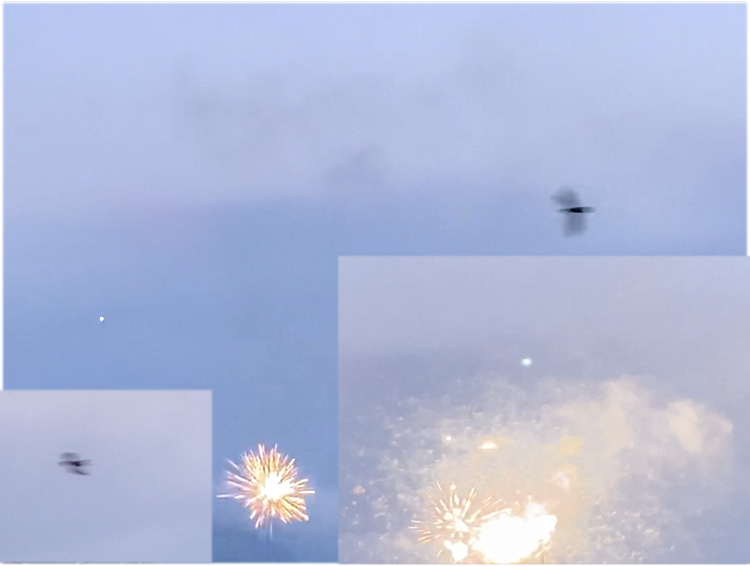 […] les murs se sont mis à parler (the walls have begun to talk) by Nouria Behloul is the second exhibition in the Re-Framing series displayed in the poster frames in the tunnel in front of the GAK. Nouria Behloul views collage and poetry as instruments at the interface of collective knowledge and public space. Through spoken text and sound, she explores the possibilities of resistance in society, politics, and culture.
Her exhibition takes the word “imagination” as its starting point to raise questions about the nature of our perceptions of society. […] les murs se sont mis à parler alludes to protests and slogans and their claiming of public space, as well as the question of which voices are amplified and represented and which are continually ignored.

Without imagination there are no utopias. Both are limited or even rendered impossible by the apparent lack of alternative offered by set paths or simple equations such as I = I. In Nouria Behloul’s analog and digital exhibition, every letter and every space between them becomes something much more and lasts between fifty seconds and four minutes. The posters spell out the word “imagination,” and the walls on which they hang respond into public space in a multiplicity of voices, as a polyphony of the possible.

Nouria Behloul immersed herself in a variety of texts and sounds ranging from poetry to manifestos, some of which she found at the CIRA Centre International de Recherches sur l’Arnarchisme in Marseille. She collected pre-existing material, reworked it, and set out in search of the political potential of the imagination. In the sound and text fragments, birdcalls—in line with Kropotkin’s philosophy, who regarded birds as an alternative, collective form of society—are combined with jazz, dub, and concepts from Zapatismo* as a counter-model to hierarchical structures.
Poetry is the only way out of here is the title of Nouria Behloul’s publication released last year by Bom Dia Books. Utopias and imaginations can only be conceived and realized if they are articulated in a new way—if words and voices coalesce into non-linear narratives and challenge the limits of our vision.

* Zapatismo is an autonomous alliance that emerged from an Indigenous movement in Chiapas, Mexico, and is a community-based and self-governing movement. For Zapatistas, the earth (la tierra) is not something to own, but something to belong to, and should therefore be treated with respect. The struggle for self-governance is therefore always an ecological battle, too.

Nouria Behloul (b. 1989, lives in Marseille/Frankfurt) studied transmedia art in Vienna. Her most recent readings and lecture performances were at Über Brücken—Bridging, Cologne; abc Projektraum, Hamburg; Hopscotch Reading Room, Berlin (2022); Mousonturm, Frankfurt (2021); and in public spaces in Frankfurt, Vienna, Los Angeles, and Berlin. She is part of various collective research projects, including one with Catharina Szonn on the conditions of cultural production and another with andpartnersincrime on art as a space for the exchange of knowledge. She has made several research trips to California and Mexico in order to study oral storytelling in Indigenous cultures and spoken word in pop culture.

Fo: Fo: And Miseme Sing at Their Sago Place
www.youtube.com/watch?v=YUKOrf-wcm4

The Revolution in Reverse, David Graeber, 2007, The Anarchist Library, 2009

Within the poster frame series “Re-Framing“

“Re-Framing” is made possible with the kind support of Kultur.Gemeinschaften, the joint funding program for digital content production in cultural institutions of the Federal Government Commissioner for Culture and Media and the Cultural Foundation of the Federal States.