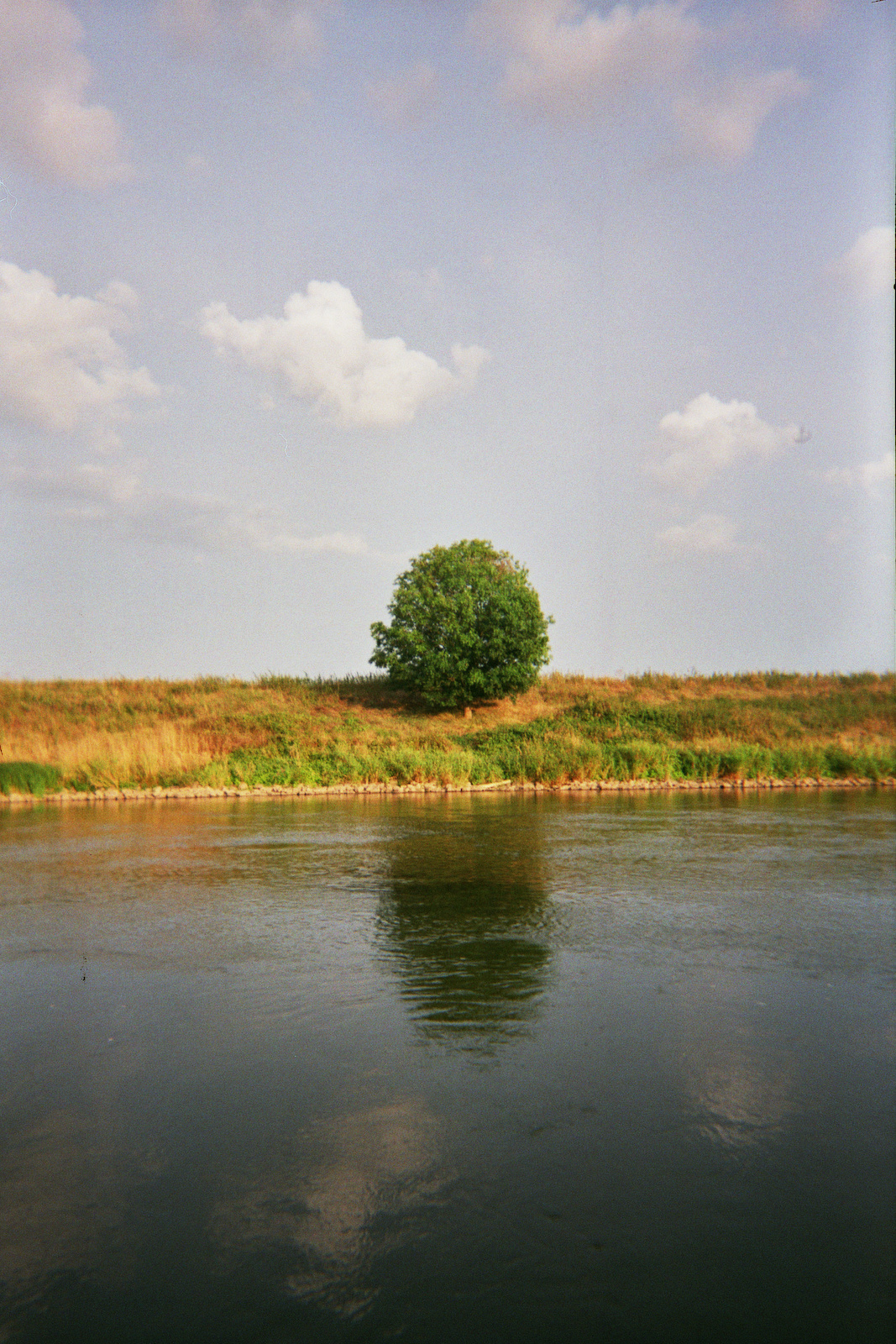 Someone remarked that authenticity—the need for naturalness, truthfulness, and originality—has perhaps always resembled a wild animal in the zoo. In all its wildness, it may seem quite sad and harmless, but could suddenly rear up, roar, and show its teeth to the applause of the drooling audience on the other side of the fence. In the meantime, neither zoos nor wild animals have been abolished, but rather everything has become declared a zoo. So why should the audience not roar passionately along with the lions today?

Felix Dreesen rarely shows which side of the fence he stands on. His starting points are informal, transgressive actions that occur in and around Bremen’s outdoor space. He often collaborates with others for this purpose, including artist Stephan Thierbach, with whom he rafted at river speed down the Weser from Kassel to Bremerhaven. In a flowing mode of perception, they traversed a mighty stage-like scenery while a photo trap independently documented the changing impressions along the way. Trainspotters proceed in a completely different manner: they spend countless hours taking analogue photos of locomotives, traffic infrastructures, and landscapes. Dreesen reviews their immense image archives, which they discuss and evaluate in terms of technical data as well as scenic criteria. In their pursuit of the so-called “authentic” view, even an unintentional shadow cast by clouds can be declared as damage.

In the exhibition space, Dreesen examines the materialization of these actions according to their significance and political potentials in relation to his intentions. He asks if an action could transform into a thing without becoming harmless? Can a process be archived as a series of actions or must it actually withdraw from its historicization? Could the results display the disappointments, as well as the transient representation of the activity itself?

“Landscape is unthinkable without a house,” writes Heinrich Vogeler. For landscape is a concept of culture that exists only in Anthropocene relativity. We can only answer speculatively to what is natural, what is true, and what is original, but authenticity is probably like a unicorn: it somehow exists because there is such a strong need for its narrative.

Felix Dreesen (*1987 in Bremen) studied sculpture with Yuji Takeoka and Natascha Sadr Haghighian at the Hochschule für Künste Bremen from 2008-2016, where he was a Meisterschüler with Natascha Sadr Haghighian in 2017. Dreesen lives and works in Bremen. As part of his critical engagement with urban, landscape spaces and nature, he initiated and participated in various projects, including Julia’s Ida Green (2017), Kritischer Grundstein (2019) and Treibgut (2019). Dreesen has participated in group exhibitions at North End Studios in Detroit (2015), Dyson Gallery, Royal College of Art in London (2016), the Meisterschüler*innen exhibition, Weserburg Museum für moderne Kunst, Bremen (2017), Gerhard-Marcks-Haus, Bremen (2019), and the 42nd Förderpreis für Bildende Kunst at Städtische Galerie Bremen (2019), among others. Felix Dreesen is the winner of the Karin Hollweg Prize 2017. The exhibition Von Wolkenschäden at GAK Gesellschaft für Aktuelle Kunst is his first institutional solo exhibition.

New date:
Tue, 05.10., 7 pm
“You only see what you have learned to see”.
Guided tour with Sarah Maria Kaiser and Anne Storm

Thu, 07.10., 7 pm
(ununframed) carte blanche to Nadia Lichtig
A soliloquy as a lecture

Thu, 14.10., 7 pm
Monuments, Fragilities
An exhibition search with Till Krause and Felix Dreesen

We will inform you about changes in the visiting conditions and the event program via the digital channels.