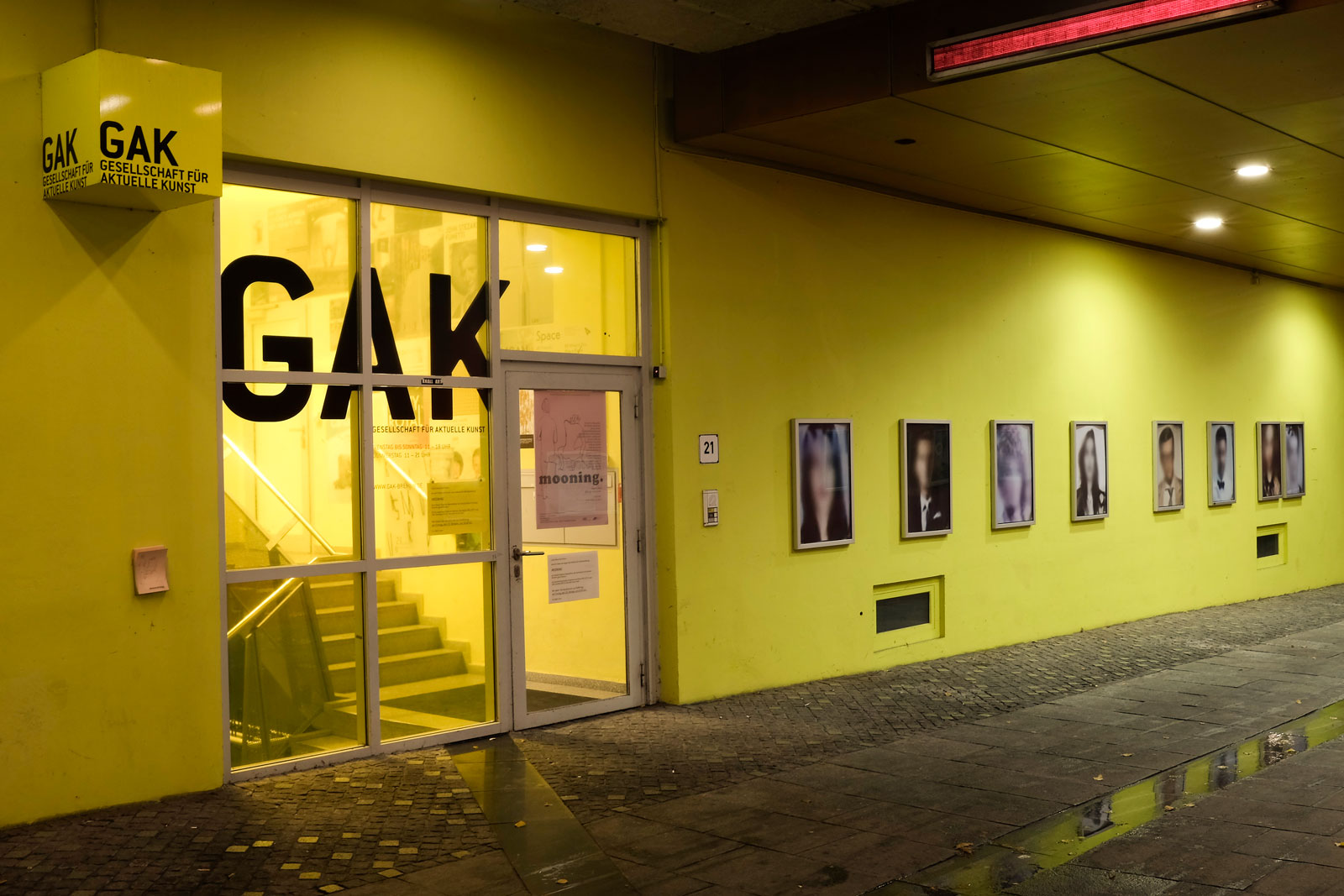 As part of the series Frei.Zeit, which sees itself as a free space within the programmatic institutional context of the GAK Gesellschaft für Aktuelle Kunst, students of the Hochschule für Künste Bremen are given the opportunity to experiment in the GAK rooms every year for a week, to gradually professionalize themselves and to enter into public comparison. This time it is the class for painting by Stephan Baumkötter.

A drawing as simple as it is concise gave the students the impetus for the title of the exhibition: “mooning”. The small nude drawing was created during a joint trip to Italy. It shows two figures on their backs, one crouching, the other standing on a rock. The motif inevitably evokes associations with familiar pictorial compositions in which isolated figures on their backs can be found in dialogue with nature, for example in the paintings of German Romanticism. In view of the exhibition title “mooning”, which contains the word moon, the general idea of Romanticism in connection with the motif of night in moonlight can be taken further…

With the nude from the back, which is one of the elementary body studies in drawing and painting, the students winkingly serve an outdated image of art studies and at the same time emphasize their affiliation to Stephan Baumkötter’s class for painting – whereby the artistic working methods within the class are very diverse and include not only painting but also photography, sculpture, installation, drawing and video.

But if one knows the actual meaning of the term mooning, a further level opens up: mooning in English refers to an action in which someone exposes his buttocks in protest or simply for fun (moon here as a metaphor for the buttocks). In a figurative sense, the students also “bare their buttocks” by presenting works that were created especially for the exhibition and on site, exhibited for the first time or shown in a new context. In the free space of the series Frei.Zeit, traditional ideas of painting are thus cleared up.

Eighteen artistic positions use various media and techniques in the GAK exhibition rooms in a convincingly differentiated and independent way. The boundaries are often blurred. Photographic works show painterly tendencies (Ulises Bimmermann, Carleen Dawn Albrecht), painting takes on sculptural forms or combines with architecture (Sebastian Dannenberg) and drawing develops painterly traces (Linhan Yu). Other works take up things or situations of everyday life by means of painting (Anna Bart), installation (Oliver Krebeck) or video (Tobias Heine, Laura Pientka). Observations of phenomena of everyday culture (Anand Angarag) and current social issues (Elard Lukaczik) are also examined artistically. In addition, different aspects of materiality are dealt with, be it the materiality of colour (Emese Kazár, Ryosuke Aratani, Alice Gericke) or of ordinary objects (Daniel Wrede). By using banal or unusual materials (Vincent Haynes and Malte Stiehl, Daniel Rossi), the supposed boundaries of artistic media are expanded and questioned. Parameters such as time (Tobias Heine), space (Thomas Krüger) and process (Ryosuke Aratani) also play an important role in many of the works presented. The multi-layered artistic practice of Stephan Baumkötter’s class refers to a permeable and reflected study of art, which supports the students on their way to their own artistic language.

As part of the series Frei.Zeit.
In cooperation with HfK Bremen