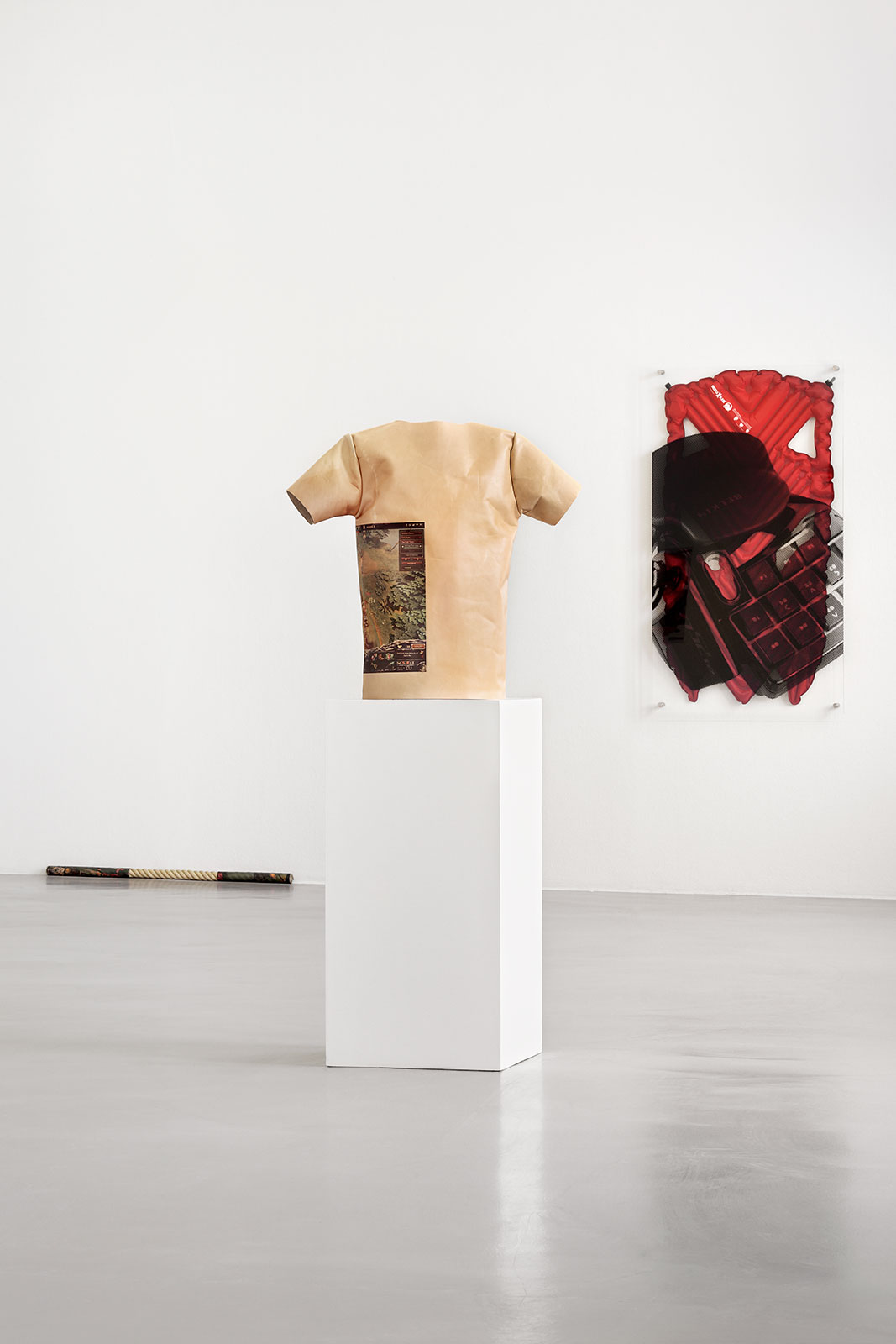 The work of Timo Seber (*1984, lives in Berlin) links cultural and social phenomena with personal experience to create stories about the manner in which we perceive the world. Developed especially for the GAK Gesellschaft für Aktuelle Kunst, his exhibition „TWITCH“ takes its cue from contemporary video game culture and the live streaming of gaming tournaments, which now attract millions of spectators. While the community identified in the exhibition’s title – one of gaming culture’s most popular online platforms – is more widely known to younger audiences, it references a phenomenon that is set to spill over into mass media culture. It acts on a global, digital level with predominantly young adults and teens where the parameters that commonly define the conventions of our interpersonal communication and notions of success – sex, ethnic/social background and appearance – seemingly have little currency. The exhibition „TWITCH“ stands for the utopia of a society that is willing to break with the familiar conventions of social intercourse in order to seek out new forms.

Taking its inspiration from this cultural phenomenon, „TWITCH“ will present “a makeshift training room of sorts” (Timo Seber), the antechamber to a world which finds new definitions for sport and success. Within we find climbing ropes reminiscent of a school gym hall dispersed about the room in a sculptural presentation with screenshots from the video game Dota 2 tethered to their leather-tipped ends. They are combined with leather t-shirts sporting digital prints. Akin to a type of armour in appearance, these items of apparel might also be mere merchandise and serve as reminders of the ubiquity of commercialization. Like bodies, a series of eye-catching futuristic air-beds stand upright against the wall, pinned in place by large plates of glass whose surfaces are adorned with images of computer mice. Adopting an approach that is at once cool and intriguing, Seber translates the visual idiom of the Internet into a material vocabulary that references such collective experiences as school sports programs and camping trips with air-beds.

„TWITCH“ takes place on occasion of the 2014 Columbus Prize for Contemporary Art in cooperation with the ADKV and its award winner Timo Seber. The Columbus Prize for Contemporary Art supports and promotes the work of merging artists as they transition from the academy into the professional arena. Established by the Columbus Holding Group, the fellowship includes a stipend, an exhibition at a German art association together with an exhibition catalogue.

Timo Seber studied at the Academy of Media Arts Cologne under Marcel Odenbach and Johannes Wohnseifer. He has previously exhibited work at the Bonner Kunstverein, the galleries Tobias Naehring and Schmidt & Handrup. Timo Seber lives in Berlin.

In cooperation with Columbus Holding and ADKV Arbeitsgemeinschaft Deutscher Kunstverein