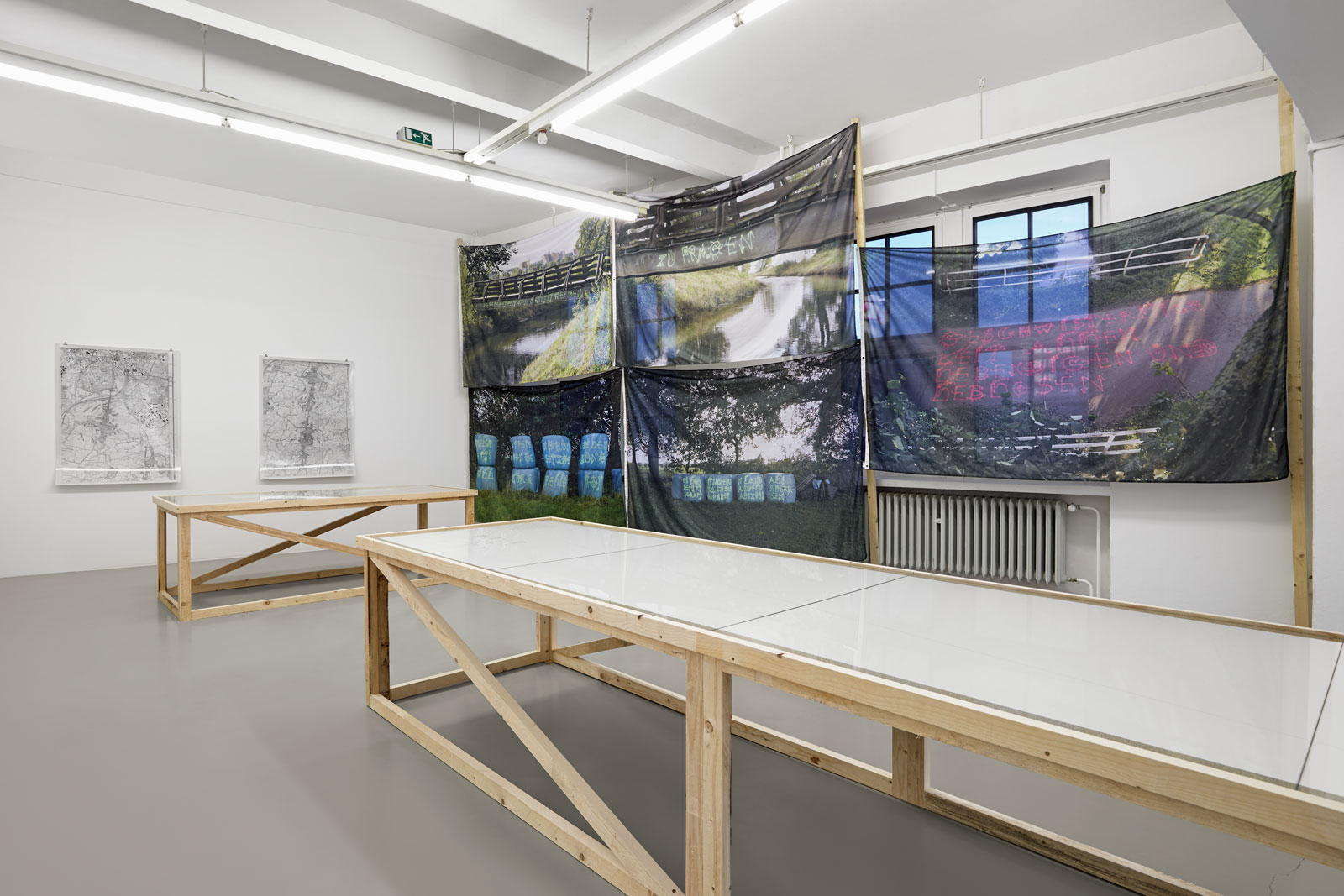 Till Krause (*1965, lives in Hamburg) explores the ways in which we interact with the surrounding urban and rural landscape, the impact of this interaction, and how new perspectives on these landscapes can be developed. Our interaction with the urban and natural environment is governed by the way in which we use it for our own ends, and Krause scrutinises the seemingly everyday and familiar to reveal new ways of reading the urban and rural text. He doesn’t describe the manifestations of landscape and space, but the imagination of them, the social parameters that guide our perception of them. He takes the texts written and rewritten by social, historical and economic realities, makes their subtexts readable, and thus finds new ways of formulating them.

The exhibition “Briesener Zootzen” at the GAK Gesellschaft für Aktuelle Kunst concentrates on Krause’s multipart work Achse Kiel-Hamburg, and for the first time presents all its different elements together. In Achse Kiel-Hamburg he walked in an exactly straight line from his house in Hamburg-Altona to the city centre of Kiel. On the way, he noted different ways in which civilisation had made its mark on the landscape, and meticulously transferred these into large maps or handwritten records. For example one map shows the extent of mobile phone coverage on the route from Altona to Kiel, another maps the possibilities of the unobstructed view and again another lists the public areas along the way. Each of these detailed outcomes uses subjective experience within objectively defined parameters (the straight line and the mapping process) to create an aesthetically highly attractive picture of social realities, which we have never seen in this way before. Krause will pursue a similar approach in another work for “Briesener Zootzen” that concentrates on and is located in the public space in Bremen.

Till Krause works on his own, with the artists’ project space Galerie für Landschaftskunst and in several cooperations on ideas of urban space, landscape and nature.

Sun 04.12.16, 2 pm
AAA Autonomes Architektur Atelier Bremen: One step to the side – paths to the B sides of the city
Urban walk

Thu 09.02.17, 7 pm
Till Krause: The film Achse Kiel-Hamburg, which never came into being
Film night