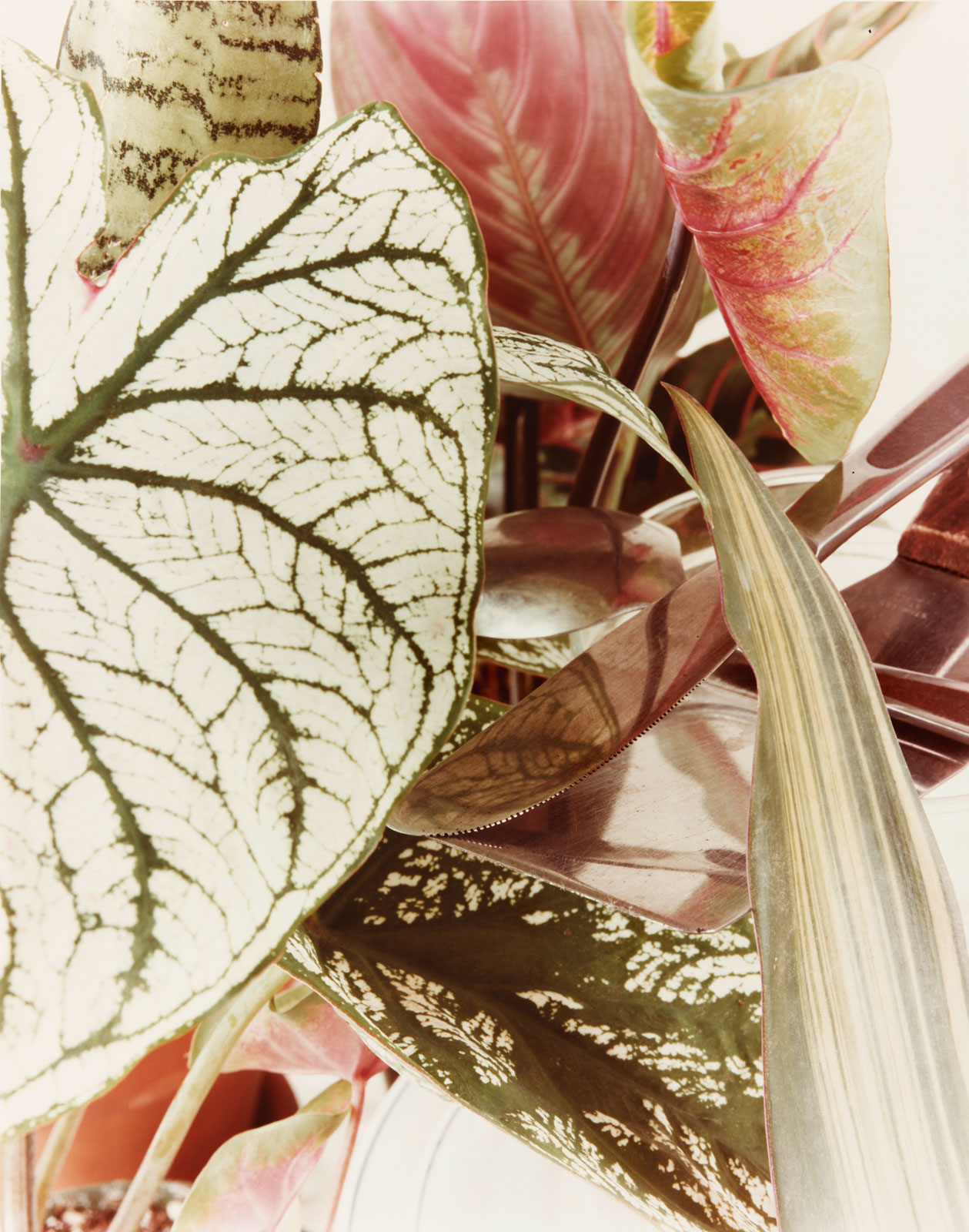 The work of Jan Groover (1943-2012) is very well known in her home country US. However, in Europe, her work is still hardly known. Here she is especially admired by a younger generation of photographers as an important source of inspiration.

Trained as an abstract painter in the 1960s, Groover turned to photography in the early 1970s, which she found more free and artistically open-minded than maledominated painting. Still, a painterly approach remains a recognisable component of her photographic work, expressed from the very beginning in its careful composition and the fusion of colours and surfaces. Her images challenge the boundaries of the medium of photography by distancing themselves from its generally assumed authenticity and ist documentary character, instead presenting a precisely composed picture. Colour and form domin–ate, perspective lines are blurred and removed, and light becomes an object itself in the reflective surfaces.
This approach is especially evident in the still lifes she began creating with kitchen implements in the late 1970s: frying pans, knife blades, whisks, fork tines, egg slicers or baking tins, shot together with plant leaves and vegetables and elevated as a whole. Groover’s Kitchen Still Lives examine the kitchen utensils of the housewife for their formal effects in relation to structures, light, forms, volumes, lines and colours.

Like the kitchen objects in the Kitchen Still Lives, everyday life contributed other themes to Groover’s work. A few years earlier, she created a conceptual body of images of American highways and residential subdivisions, that already evidence Groover’s interest in colour and its ability to create compositions. Since the early 1980s, her work turned to images that fragment the human body, nature or buildings into a criss-cross of lines across the image in a reduced black-and-white palette. Parallel the idea of still lives occur again with images that transform every day objects into surrealistic, stage-like settings that recall of Morandi or de Chirico.

The exhibition of Jan Groover in the GAK Gesellschaft für Aktuelle Kunst is the first institutional solo exhibition of the artist in Europe outside France and will present works since the 1970s.

Thu 02.11.17, 7 pm
Stefan Gronert: The Revitalization of the Still Life: Jan Groover and the Consequences
Lecture