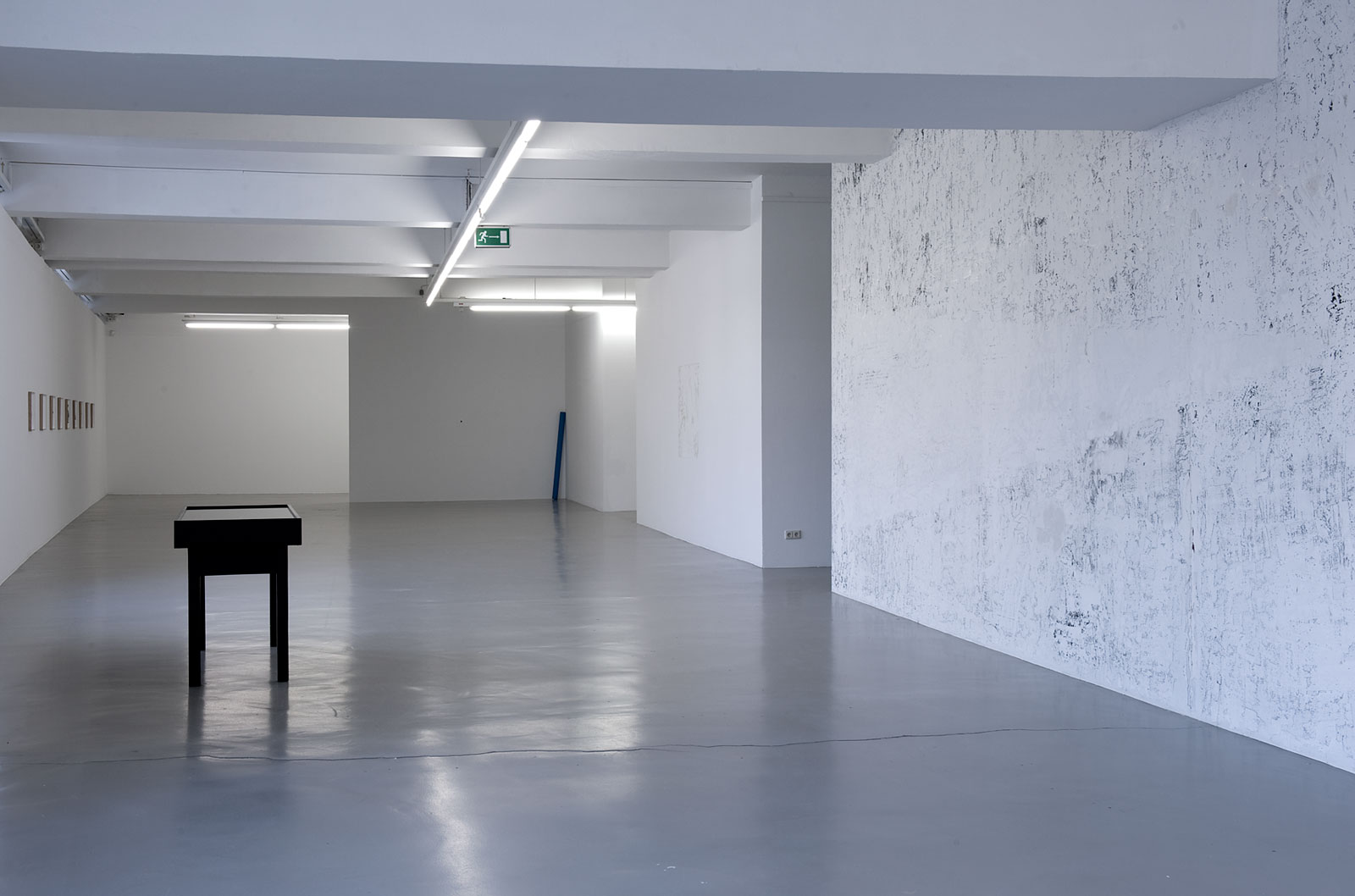 French artist Julien Bismuth (*1973, lives in New York and Paris) works at the interface of visual art and literature. Most of his oeuvre builds on texts found or penned by the artist. Bismuth’s approach combines the words with objects, photographs and film material, integrating them within collages, installations, and developing text-based performances and video works.

The indispensable nature of language, its inherent limits and the manipulation of meaning through quotation, cut-up techniques and reformulation are the central themes of Bismuth’s exhibition „The Ventriloquism Aftereffect“ at the GAK Gesellschaft für Aktuelle Kunst and the Institut français in Bremen. The exhibition title „The Ventriloquism Aftereffect“ already refers to the phanomena of the spoken word, more precisely to the relationship between language and perception as it describes a neural disorder caused by brain injury, which renders individuals unable to localize the voice of their conversation partner. As the exhibition’s main reference functions the Austrian author Karl Kraus – his close fight of finding the adequate words in the face of the horrors of World War I and his formal use of text, which he cut up, rearranged, and complemented with his own words. Walter Benjamin described this collage-like method in an essay on Karl Kraus, and the works on show in Bremen reflect Bismuth’s reception of Kraus’ thinking and technique. The exhibition brings together sculptures, films, installations, collages, scripts and aural works in a wide-ranging exploration of this central theme.

The artist’s performances have been recently shown at the Kunsthalle Wien, the Tate Modern in London, and the Schirn Kunsthalle in Frankfurt/Main. „The Ventriloquism Aftereffect“ is Julien Bismuth’s first solo institutional exhibition in Germany. Following Shannon Bool’s exhibition „The Inverted Harem I“ (26 November 2010 through to 30 January 2011) „The Ventriloquism Aftereffect“ is the second exhibition staged by the GAK in cooperation with CRAC Alsace Centre Rhénan d’art Contemporain Altkirch within the framework of the Franco-German exchange project Thermostat.

In cooperation with
Institut français Bremen and CRAC Alsace Centre Rhénan d’art Contemporain Altkirch (within the framework of Thermostat, cooperation between 24 centres d`art and art associations)