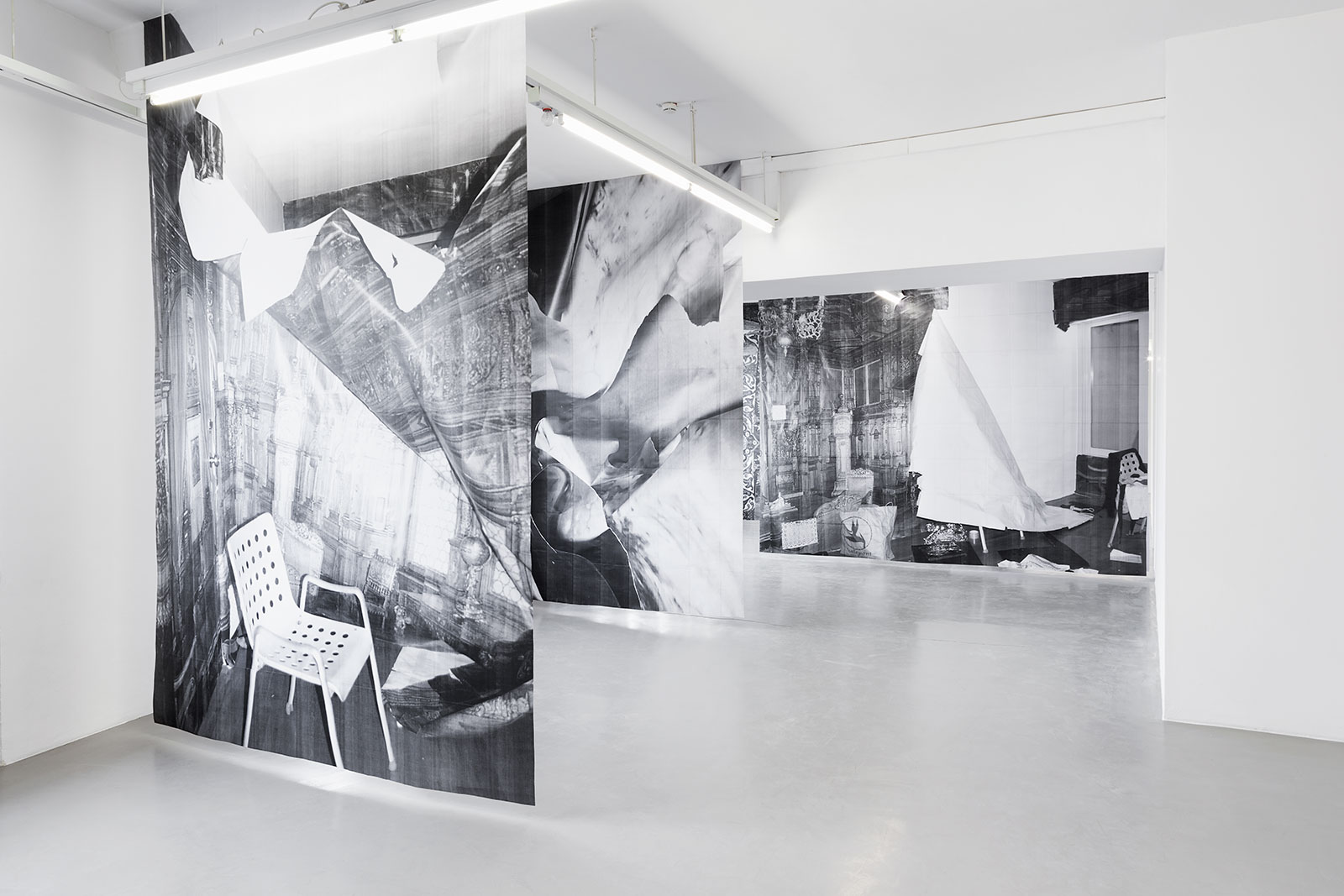 Copies are closely connected to their originals yet create a distorted image of whatever they duplicate. Copies replicate and preserve their originals but also make it possible to view them in a new perspective. Even the process of reproduction itself is removed from the original, in a certain sense making the copy an abstraction of its original and causing a shift in perception, shapes, or materials.

The artist duo Peles Empire (Katharina Stoever and Barbara Wolff) is an exploration of these mechanisms. Their starting point is Peles Castle, a historism residence in Romania’s Carpathian Mountains. Its interior décor is characterized by a crude mash-up of décors, each room dedicated to a different historical era such as Gothic, Baroque, Renaissance or Art Deco. In its quintessence, the castle is a collection of copies in architecture. 2005 Peles Empire started by compiling a photographic documentation of the castle’s rooms. These images then served as the focal point of their artistic work in myriad ways.

As such, Stoever and Wolff initially reconstruct some of the castle’s rooms by wallpapering gallery spaces with the photos taken in Peles. This environment often serves as a backdrop for the exhibition of works by other artists or can also function independently (as seen in 2009 in the group exhibition Space Revised. Friendly Takeovers in the GAK). But Peles Empire push the concept of abstracting an original through its reproduction even further. Key of the stepwise distortion of the original are the non-hierarchical juxtaposition of different materials and styles, the displacement of material and the interface between three and two-dimensional spaces or objects.

For „EVER BUILD“ the artists copy details from their b/w large-format castle photographs onto DIN A3 paper (the standard copy size), thus creating reproductions whose colours, materiality and excerpt nature hardly contain a single reference to the original. This copies are then processed into paper-mâché and transformed into large minimalistic sculptures which often play a role in the overall architectural context of the space, functioning as walls or pedestals for the ceramics and smaller objects by Peles Empire – further distortions of the DIN A3 images or the original interior furnishings of the castle.