Peles Empire, Janneke de Vries
EVER BUILD and others 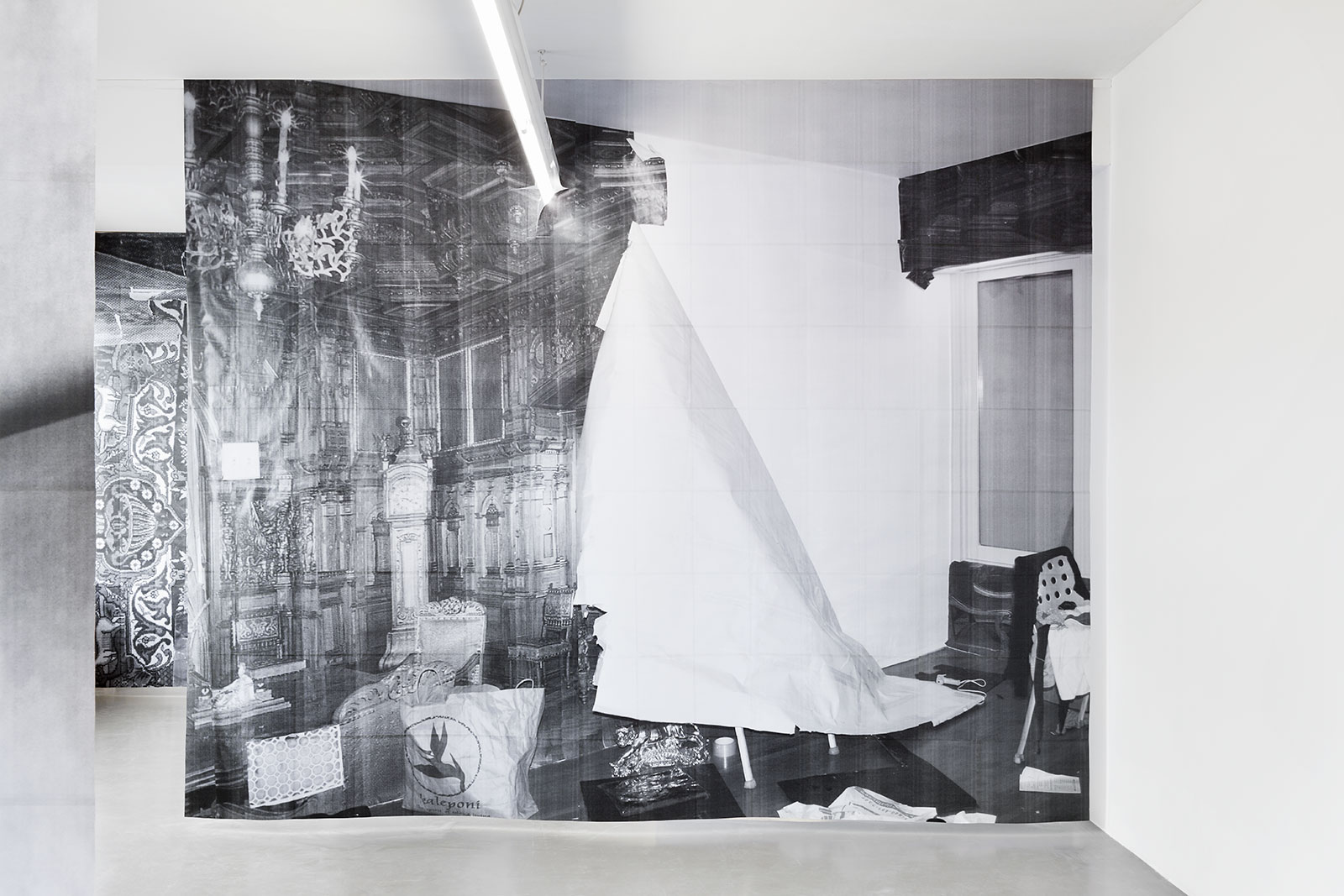 Based on the current exhibition “EVER BUILD” at the GAK, the artist talk will provide a deeper insight into the work and working methods of Peles Empire.

Under the name Peles Empire, the two former Städel students Barbara Wolff and Katharina Stöver have been working together since 2005. The point of departure for their work is the Romanian Historicist Peles Castle, whose interiors they photographed and have been using as the source of their work ever since.

Based on the photographs taken in Peles, Stöver and Wolff first reconstruct individual rooms of the castle by lining the respective exhibition space like wallpaper. This situation often forms the background for exhibitions by other artists invited by the duo (e.g. in their former apartment in Frankfurt or in the two project spaces they run in London and Cluj) or for a bar (2011 in the Frieze Projects at the Frieze Art Fair in London). The rooms reconstructed by means of the wallpapers can also exist as independent settings (for instance in 2009 in the group exhibition “Space Revised. Friendly Takeovers” at the GAK Bremen).

Since 2010, the artists have been expanding their approach to the visual material of the castle and have been pushing the idea of abstracting an original by means of its reproduction further and further – as in the exhibition “EVER BUILD” in Bremen, which shows new works by Peles Empire in a presentation specially conceived for the site. Their approach focuses less on the final result than on the process of moving from one work to another, and the question: what do you lose along the way and what do you gain?

A conversation to the exhibition “Peles Empire. EVER BUILD”.