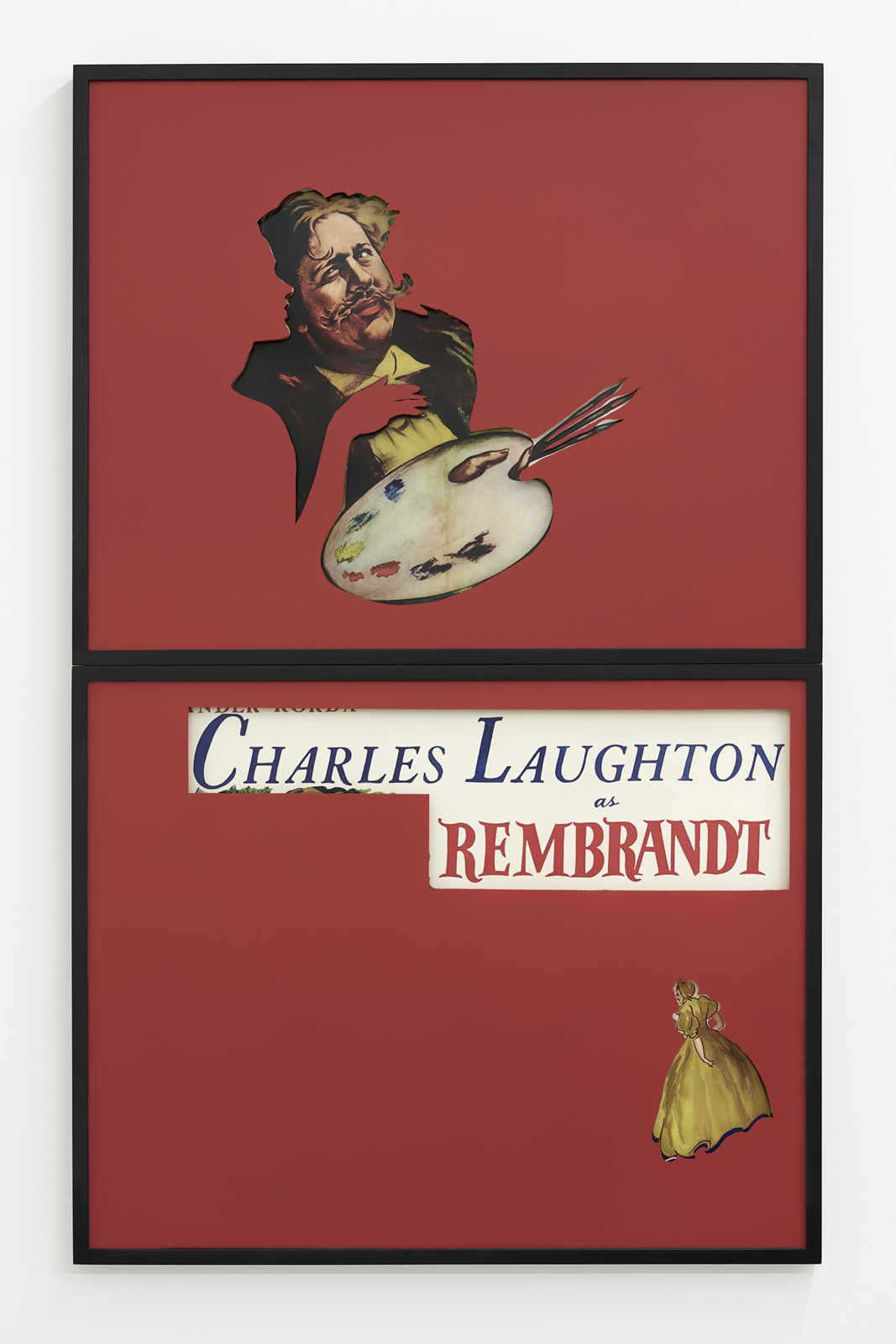 The work of Than Hussein Clark draws from theatre, fashion, crafts, literature, or architecture, and pushes the boundaries between the genres of performing and visual arts. Prop-like objects, set-design installations, and performances locates themselves both in the exhibition and theatre context and initially yield an exuberant abundance of associations. However, examined more closely, it becomes evident that even the smallest detail plays a clearly defined role, and all the parts in their opulent totality interact with each other in a meaningful and precise manner.

For “The Director’s Theatre Writer’s Theatre”, Clark has created a multi-part, interdisciplinary project that simultaneously manifests in various formats (exhibition and performance) in different locations (art institution and theatre). Genre boundaries are blurred, expressions of fine art are transferred to the stage while theatrical constructs are brought into the exhibition space. The two primary components of the project—an exhibition in the GAK Gesellschaft für Aktuelle Kunst and a theatre play in the Schwankhalle—are created simultanously and intermesh: Sculptures become props, actors become sculpture or protagonists in drawings etc. Clark: “This dialogue between two forms means that questions being asked in the exhibition might find their answer in the performance and vice versa.”

The starting point for “The Director’s Theatre Writer’s Theatre” is Bremen’s central role in the development of Germany’s tradition of Regietheater (Director’s Theatre). In the 1960s, Kurt Hübner recruited directors such as Peter Stein, Peter Zadek or Rainer Werner Fassbinder to stage theatre classics at Theater Bremen. There they established the “Bremen style” of theatre while free interpreting the source material. Clark contrasts this with his own training as an actor in New York and Los Angeles, more in line with the English Writer’s Theatre, which remains true to the script. In his project for Bremen, the contrast between these two traditions and their different approaches to original texts incorporates his interest in production methods for both theatre and the fine arts.

The exhibition at the GAK Gesellschaft für Aktuelle Kunst uses objects, installations, graphics, displays, and historical material to repurpose the exhibition space into a theatre with lobby, stage and backstage—but without staging any theatre or performance art. Instead the artist is interested in transposing the idea of theatrical staging onto his artistic approach and presents the re-enactment of historical art exhibitions as theatre plays (the exhibition theatre encompasses shows by Robert Mapplethorpe, Roy Lichtenstein and Fortunato Depero, the designer of the Campari soda syphon). Like a theatre director reinterpreting the classics for the stage, Clark pulls from the classics of the art world, creating his own version.

The artist tracks a further thread with a play written by him, but inspired by Mikhail Bulgakov’s Theatrical Novel. The play will be presented, designed, and directed by Clark in the Schwankhalle Bremen, 9-11 February. A choir of actors with whom he has regularly collaborated since 2012 do not just recite and sing the script. During the performance, they also continually rearrange the set design elements. Costumes and props in the play make references to the exhibition in the GAK Gesellschaft für Aktuelle Kunst.

“The Director’s Theatre Writer’s Theatre” is a cooperation of GAK Gesellschaft für Aktuelle Kunst, Schwankhalle Bremen and Theater Bremen within the frame of Ping Pong, a mutual programme of events between the three institutions.

Than Hussein Clark (born 1981 in New Hampshire, USA, lives in London and Hamburg) works as an independent artist as well as with the Villa Design Group, which he co-founded in 2011. He is also a member of the editorial board of the Hamburg-based Montez Press, co-established by the artist in 2012, which publishes texts “against current critical modalities and theoretical dogmas which inform the workings of contemporary knowledge economy.” After studying acting in New York and Los Angeles, he first completed a degree in art history in Edinburgh and London, after which he studied art at Goldsmiths College in London and University of Fine Arts in Hamburg. He is represented by Mathew Gallery in Berlin and New York, VI VII in Oslo, Galérie Crèvecoeur in Paris and Karin Guenther in Hamburg.

In cooperation with Schwankhalle Bremen and Theater Bremen

Thu 07.12.17, 7 pm
Than Hussein Clark and Michaela Melián: The worlds of Actors and Objects
Conversation (en)