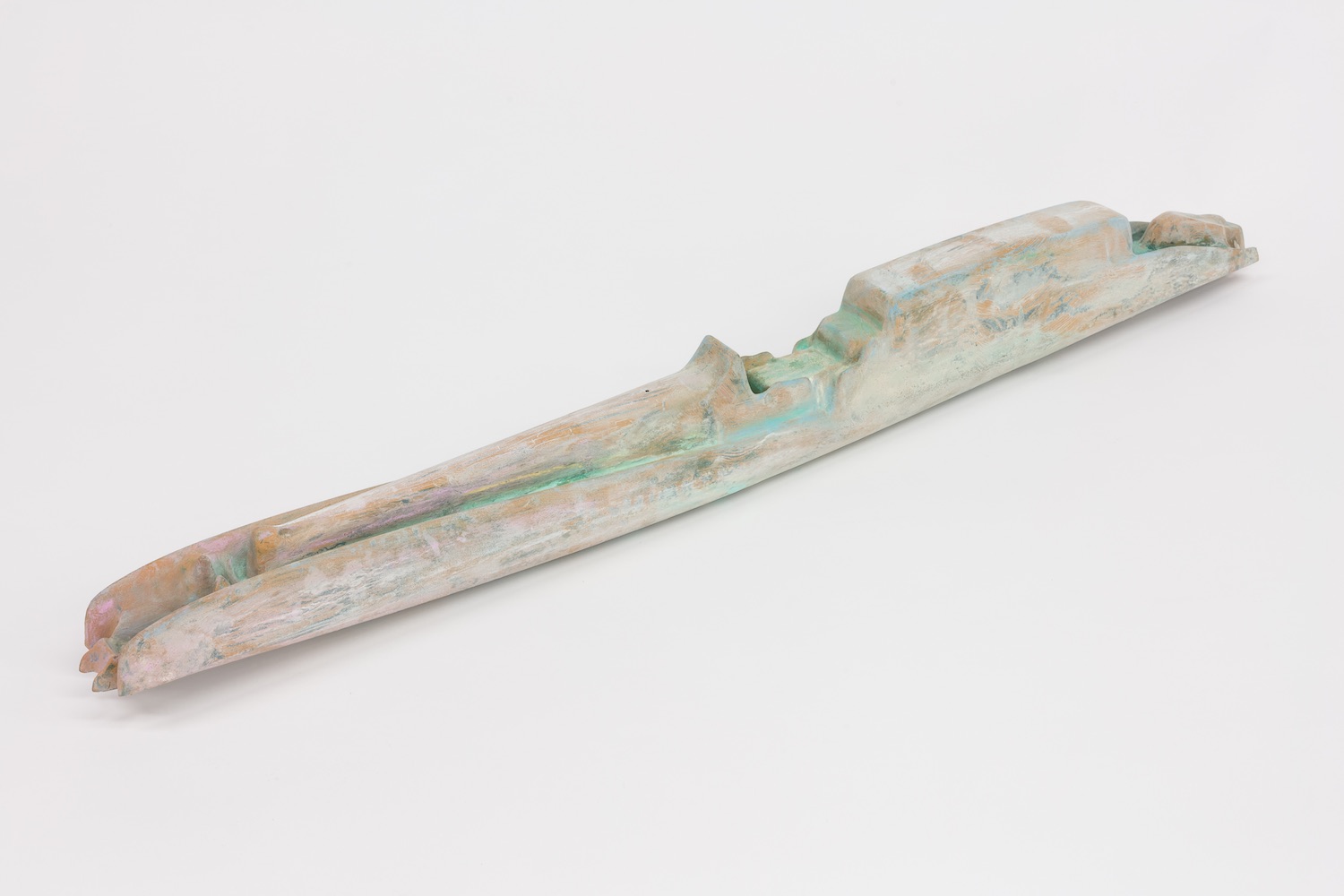 Than Hussein Clark primarily draws his influences from the theatre, the fine arts and pop culture, the borders of which he then gleefully tests and trespasses. His annual edition for the GAK combines multiple elements: the critical comment of a friend about one of the artist’s performances, that it had the “germ-free appearance of a car show;” Clark’s interest in family history; and a quote from the Tennessee Williams play, Cat on a Hot Tin Roof – “Wouldn’t it be funny if that were true?” From here, it is just a short step to an object that vaguely recalls the Bugatti Royale from 1936, today one of the iconic car designs from Ettore Bugatti. The hood ornament, an elephant standing on its hind legs, is a design by animal sculptor and Ettore’s brother, Rembrandt Bugatti, who committed suicide in 1916. Clark’s object humorously links the status symbols of cars and art, and conflates classifications such as model, art object, historical reference and decorative element.