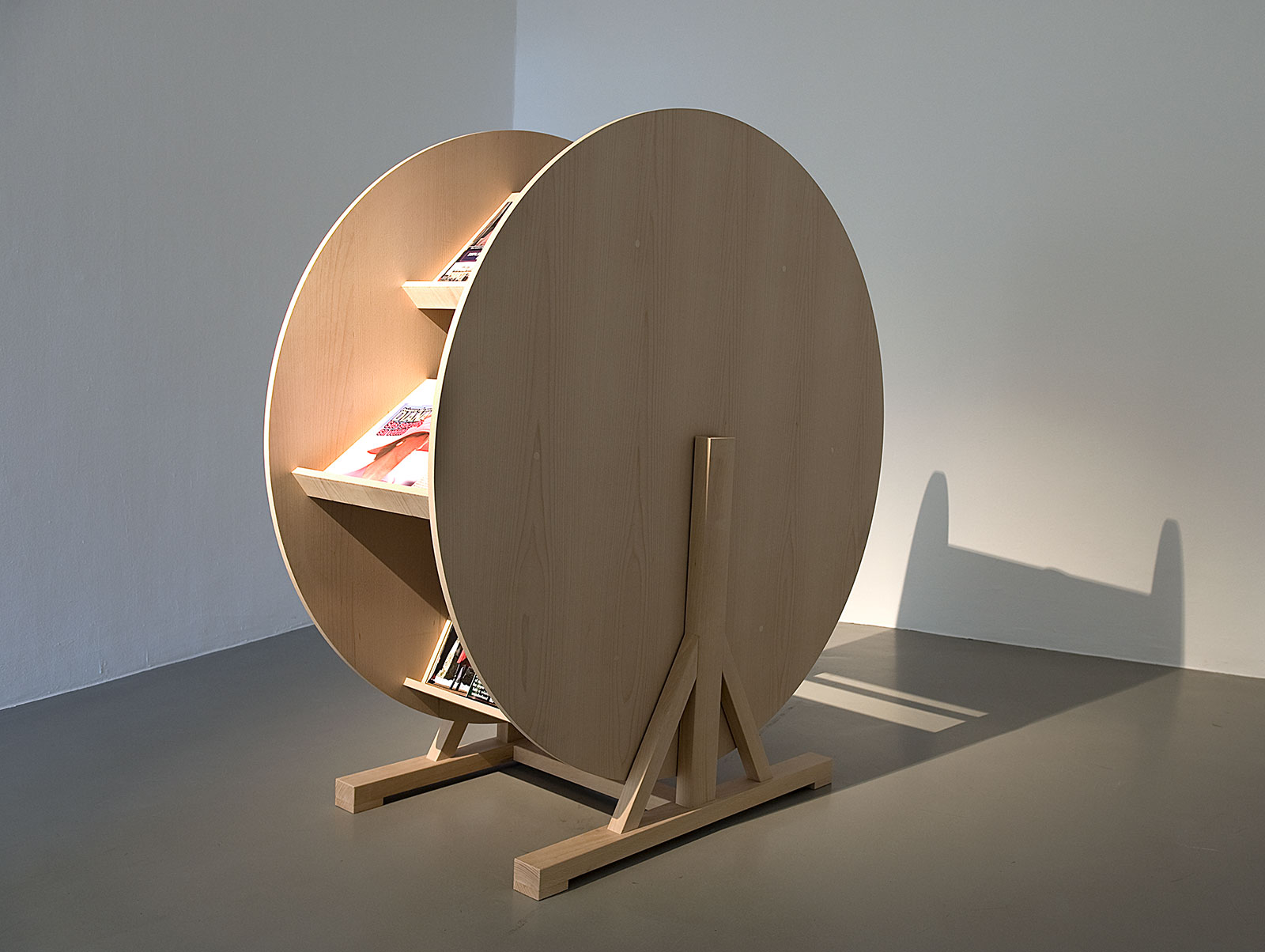 Sarah Ortmeyer wrests individual persons and situations from their historical contexts and reassembles them in unfamiliar and thought-provoking constellations. Established historical fact forms the basis for an idiosyncratic and subjective perspective which extends its fictions into the present day. The associations evoked by her films, installations, and objects enrich our encounter with the past and reveal the magic that slumbers within what we hold to be established fact. Ortmeyer uncovers the layers and connections that exist behind the neutral information with which we are so familiar, yet which so rarely impinges on our lives. Her works draw out the potentially subversive elements hidden within historical narratives.

The exhibition “Navy Royal” at the GAK Gesellschaft für Aktuelle Kunst Bremen explores the 1918 mutiny of the German High Seas Fleet. While “Navy Royal” subtly draws on both the gallery’s location on the Teerhof Island on the the Weser River and the city’s maritime history, the exhibition is not directly site-specific. Instead, Ortmeyer’s works manifest a more general interest in the historical event that marked the first stirrings of the November Revolution and the end of the monarchy in Germany. The works displayed in the exhibition explore various aspects of these events and trace the reach of monarchical structures or the spread of sailor men uniform elements in fashion into contemporary society. A fisherman’s anchor placed on a crack found in the gallery floor, a sailor’s uniform tailored in unusual red cloth, a pyramid of rifles which oscillates between war and play, a film played in reverse showing a sunken ship re-emerging from the depths, red round cord with sailors knots and brass stand which evokes memories between red carpet and ropes, examples from the actual CHANEL collection or visual research on the children dressed in sailor men uniforms around 1910 and the glamorous portrayal of monarch’s in contemporary boulevard magazines – “Navy Royal” sketches out a broad vision that explores questions of freedom, resistance, power, individuality and yearning.

Sarah Ortmeyer was born in Frankfurt/Main in 1980. She studied at the Hochschule für Gestaltung in Offenbach and at the Städelschule in Frankfurt/Main under Wolfgang Tillmans and Simon Starling. She currently lives in Vienna.