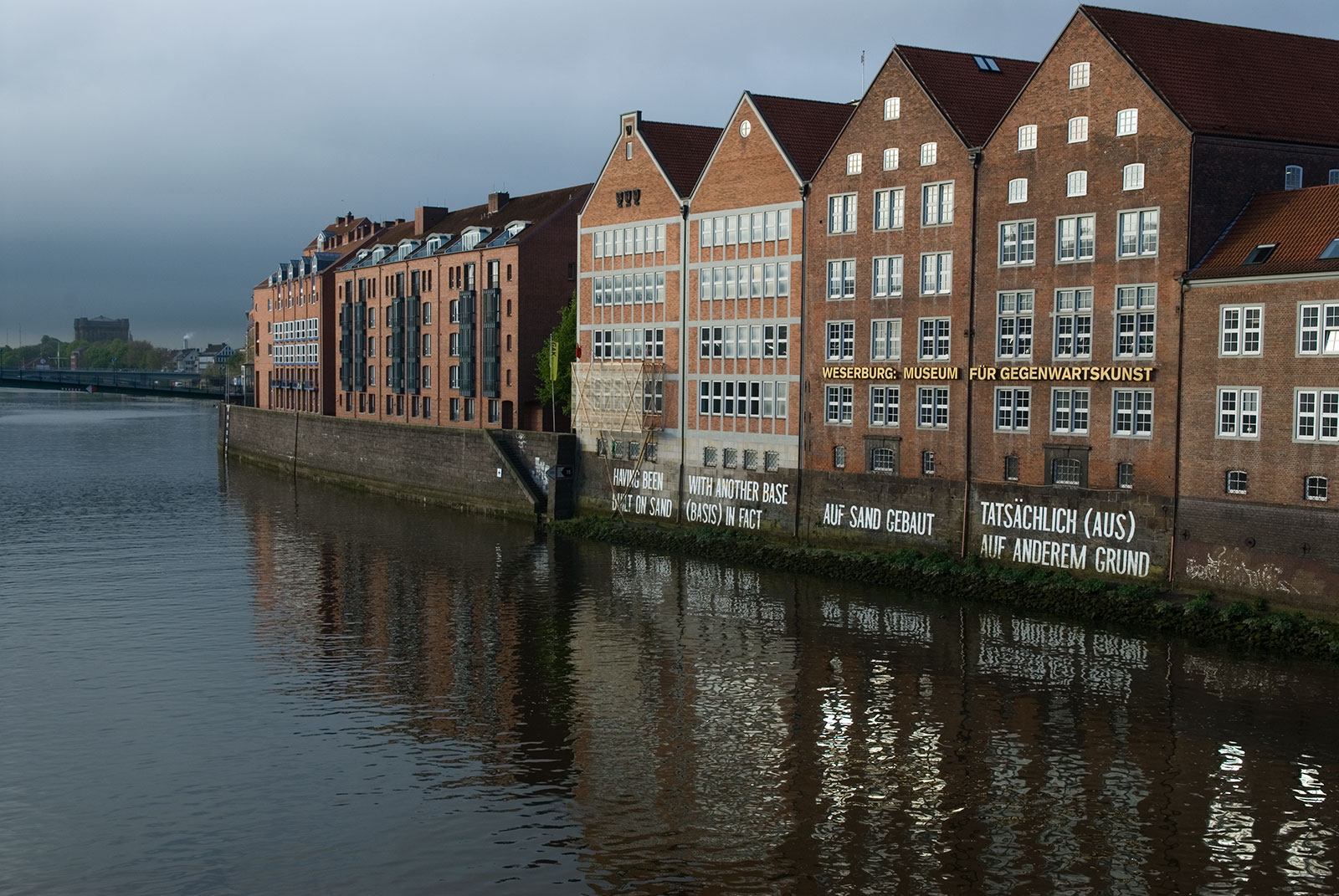 Florian Hüttner (born 1964, lives in Hamburg) employs a diverse range of media, including drawing, photography, installation, performance, and sound and film recordings, to create new ways of experiencing urban space. “Fluss-Verschlag” (riverside shack) will see Hüttner create a site-specific installation at the GAK Gesellschaft für Aktuelle Kunst: an open-sided structure situated on the prominent riverside building façade which will temporarily extend the gallery space. This 5m x 9m x 2m extension cannot be entered, but its interior is visible through the gallery windows. Bearing all the hallmarks of a provisional building extension, the structure’s most prominent characteristics are its contingency and flexibility. This temporary architecture is visible to gallery visitors, as well as pedestrians across the river, passing motorists and shipping on the river – as a temporary landmark which despite his provisorily impression and fragile construction leaves its mark on its surroundings in a unassertive, but persistent way.

Cameras set up within “Fluss-Verschlag” monitor the immediate environment and the situation inside of the work, which will be permanently changed by outer influences like weather or time. These images are projected into the exhibition space. In doing so “Fluss-Verschlag” creates a simultaneous perception of interior and exterior space and a tension between a controlled (through the cameras) and an autonomous view (through the eyes of the visitors). The process-related situation of the whole project is accentuated by prints which will accumulate during the exhibition and document the situation within the shed. Further more about 100 drawings and water colours point to the idea of the construction build on the cladding and document their source from a two-dimensional affected perception of images.

Working in the tradition of Robert Smithson, Florian Hüttner draws on such aspects as the use of materials taken from other functional settings, the confrontation with pre-existing architecture, and the temporary occupation and redefinition of urban space. In spite of a certain affinity with the works of such visual composers as Courbet and Manet, Hüttner’s approach is resolutely two-dimensional in its exploration of landscape in drawings, photography and film. In that sense “Fluss-Verschlag” constitutes a graphic extension of space, rather than an architectural or sculptural element.