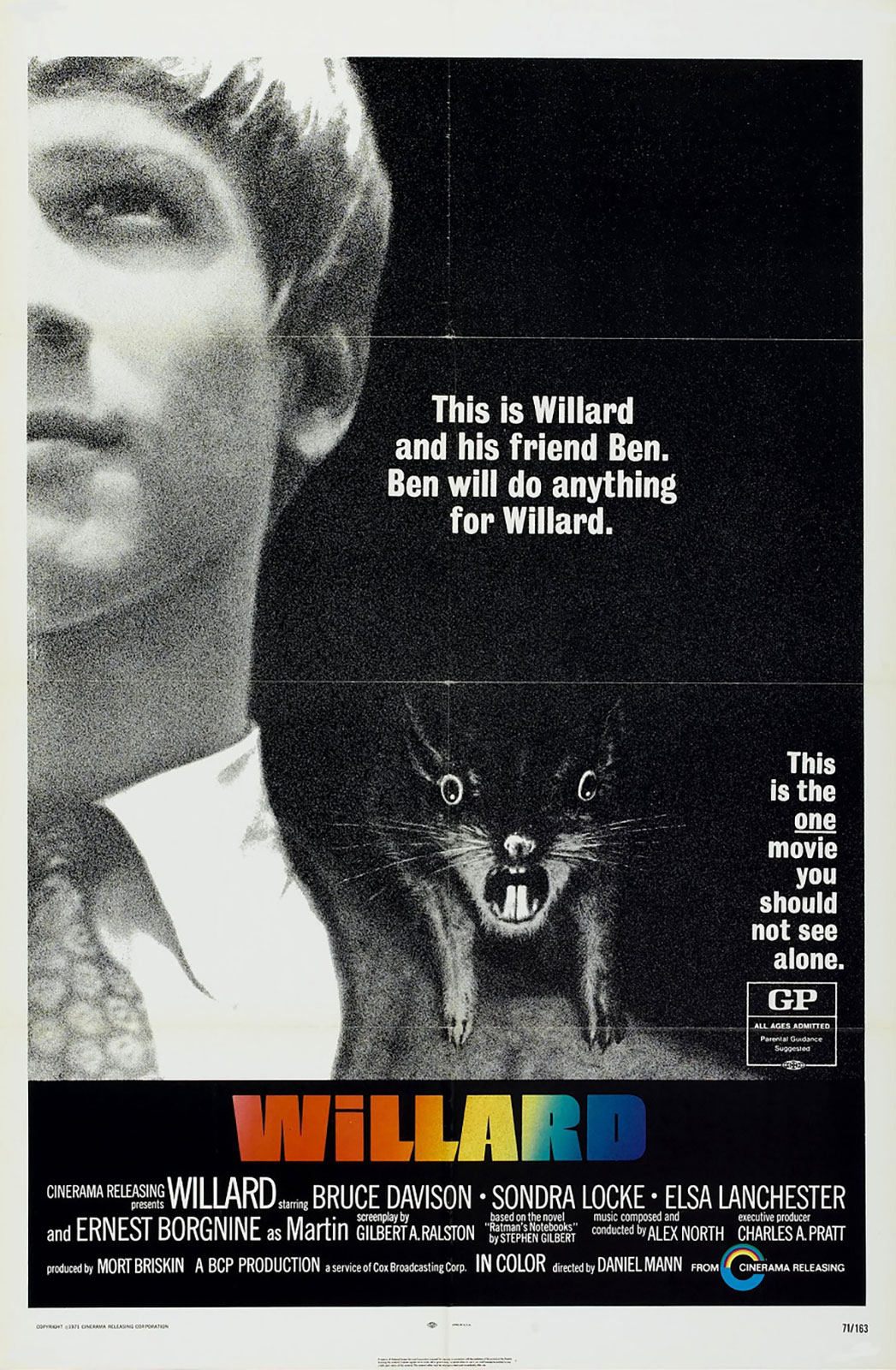 Willard is a friendly but lonely young man who has difficulty establishing social relationships. Especially the relationship with his mother and with his boss, who stole his father’s business a few years ago, is difficult.

One day, Willard is ordered by his mother to kill some rats that were seen by her in the garden. Instead of killing the rats, Willard saves the animals and is able to communicate with them. The rats help him to take revenge on his colleague Martin for his insolence. When Martin kills one of them, he is eaten by the rodents. And Willard, after the initial fraternization, is not safe from the rats either…

Florian Hüttner presents one of his favourite films this evening. The “horror work” from 1971 is mainly about how a horde of rats seize power. In the work “Fluss-Verschlag” by Florian Hüttner in the GAK, these rodents also play an important role – they are expressly invited to conquer the work of art.