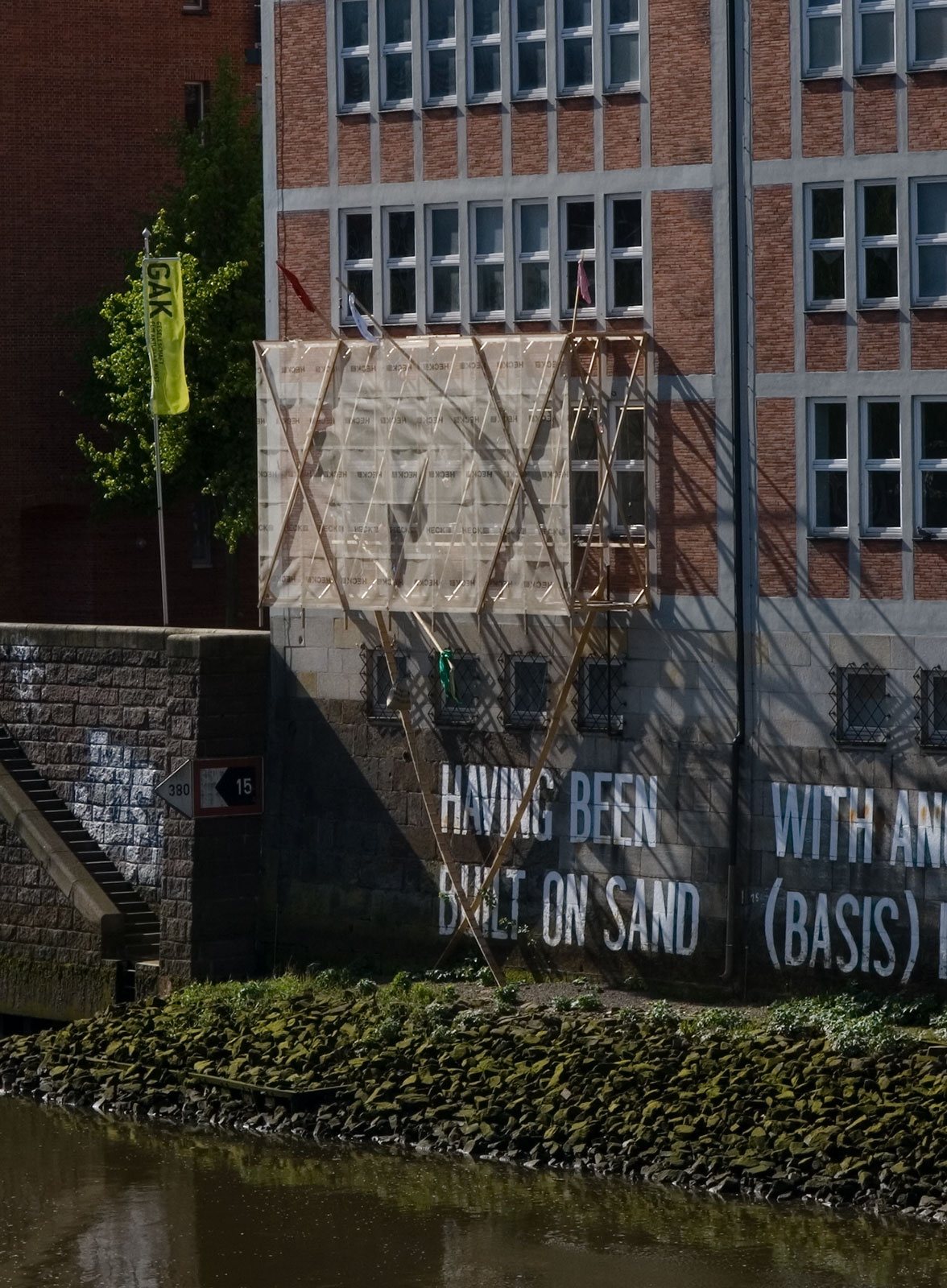 The Hamburg artist Florian Hüttner (*1964) creates paintings for the city and in the city. The media used range from drawing, photography and film to objects, audio works and action. His approach is essentially fed by an interest in the pictorial, from which he investigates various forms of urban space.

For the GAK Gesellschaft für Aktuelle Kunst, he has created a temporary extension to the façade of the Weserburg in the form of the exhibition “Fluss-Verschlag” (“River Shed”). Seen from the outside, it functions as a sculptural setting or architectural intervention, but seen from the inside, it has more the character of a “visual device” for the area between the masonry and the Weser. The reevaluation of material and the original use of public space formulated there are continued in the exhibition in drawings, camera images, and flyers.

Janneke de Vries, director of the GAK, and Florian Hüttner will present examples of Hüttner’s artistic approach, touch on general questions and highlight individual aspects of the “Fluss-Verschlag”.