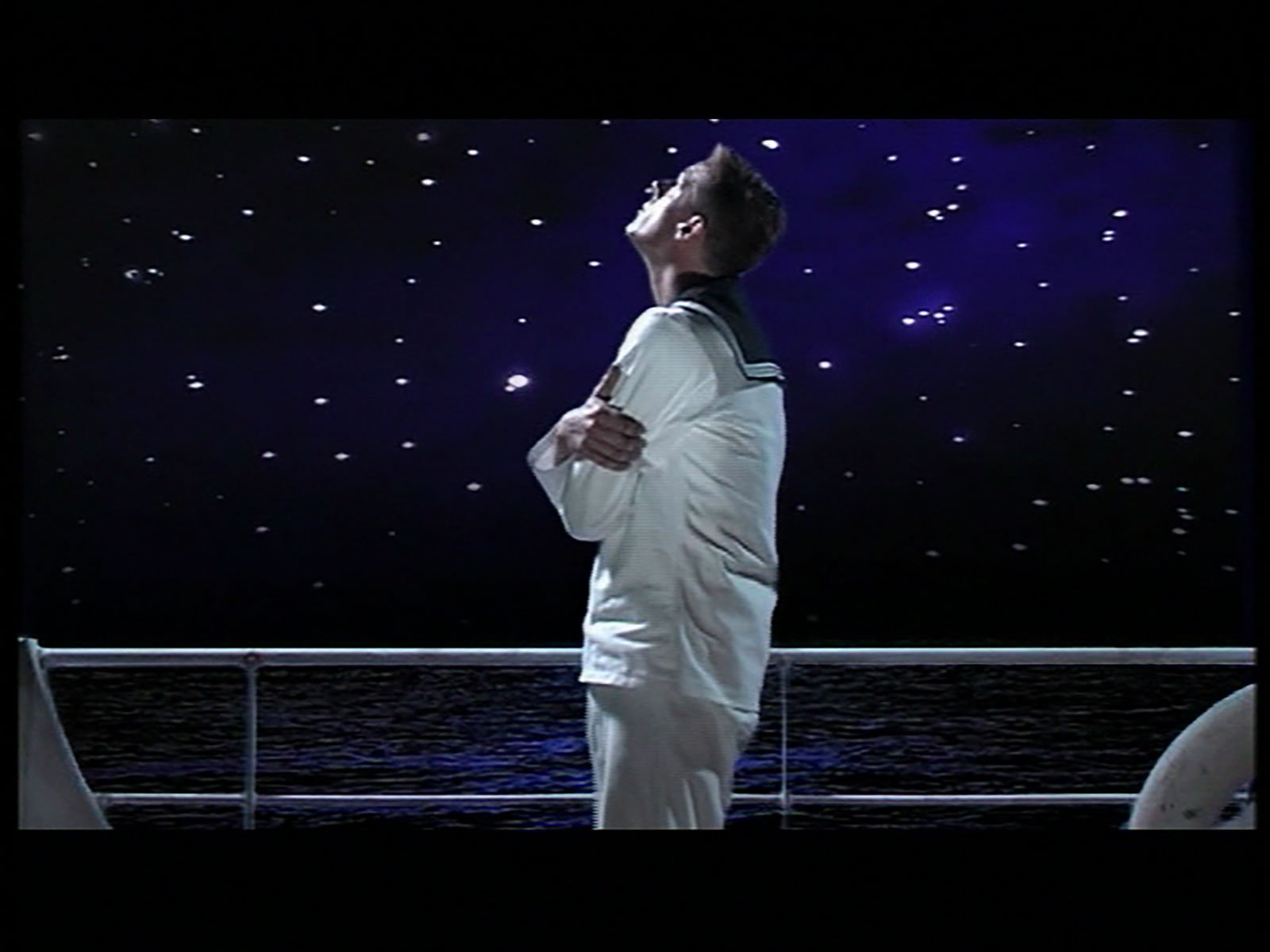 With Fireworks by Kenneth Anger and Matroos by Bavo Defurne the GAK presents two films that deal with homoerotic fantasies and longings in connection with a clichéd image of the sailor. In the classic Fireworks, the cliché of the sailor as a brutal lover is brought into clear proximity with fantasies of violence; in the less well-known Matroos, an archetype of the sailor as someone who sets out to discover distant lands driven by longing is created in a hyper-aesthetized visual language. Other films that deal with the sailor image in connection with a homosexual film aesthetic would be, for example, Fassbinder’s Querelle or Visconti’s Death in Venice.

Kenneth Anger (*1927 in Santa Monica, California) is one of the most famous underground and avant-garde filmmakers of our time. His films are characterized by an experimental psychedelic style that serves as a blueprint for many younger directors. With Fireworks (1947) Kenneth Anger has already succeeded in making an important experimental film at the age of 17. In 2006 Kenneth Anger had a highly acclaimed exhibition at Künstlerhaus Bremen.

Bavo Defurne was born in 1971 in Gent. He studied film and video at the St. Lukas Art School in Brussels. Already in his first video short film Atlantis (1990) he deals with “his” subject: the male body, first love and the power of nature. Defurne’s cinematic language refers to the work of directors such as Dreyer and Eisenstein or photographers such as Herbert List and Pierre et Gilles.

A film night to the exhibition “Sarah Ortmeyer. Navy Royal”.