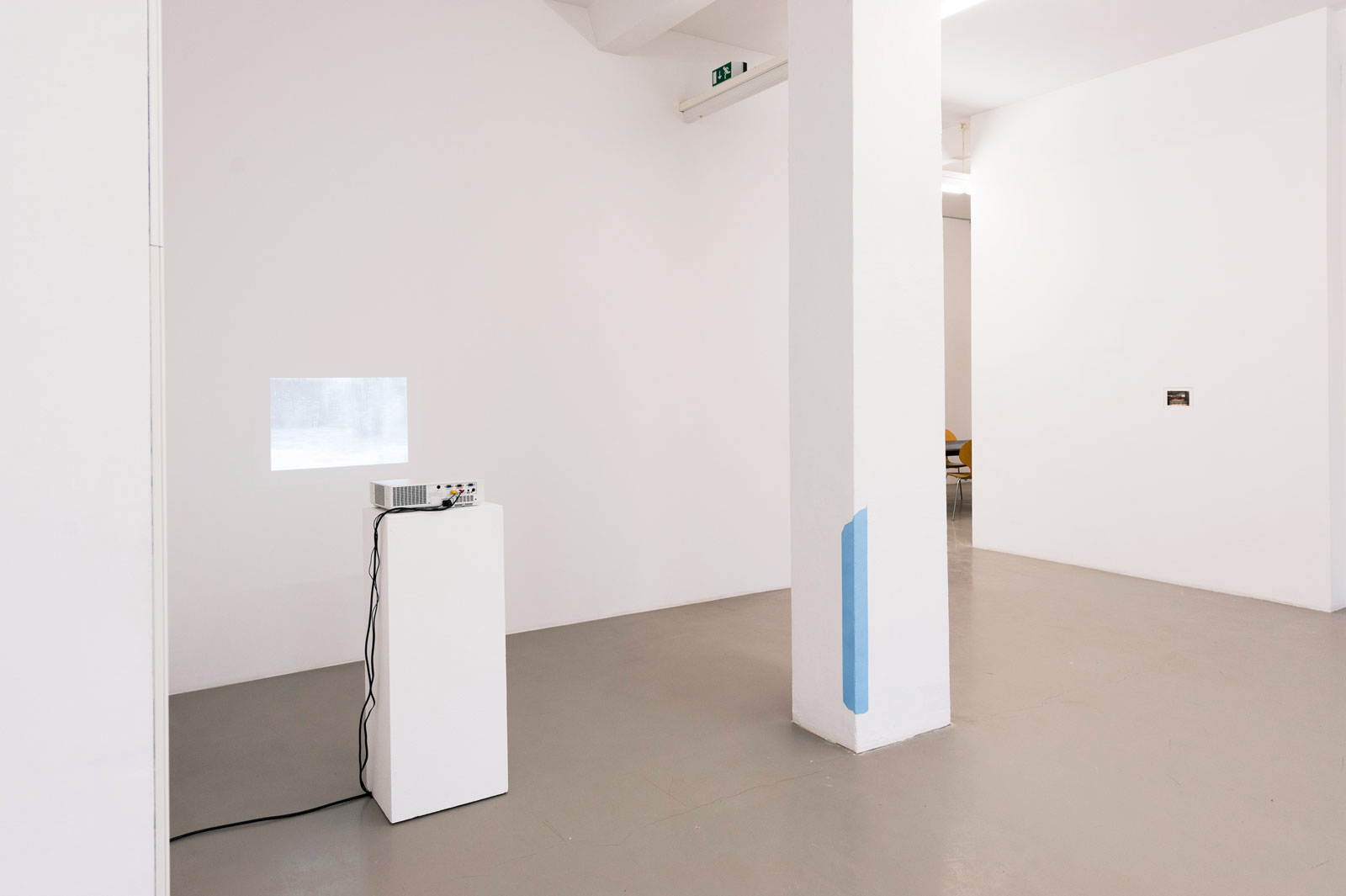 „The Geometry of Things“ assembles works by Markus Amm, Sara Barker, Charlotte Moth and Robin Watkins, which in different ways incorporate “points, lines, planes, distances, angles, etc.” (Wikipedia). All four artists seek out the specifics of geometry, the kind of geometry that reveals itself in common shapes or historic artistic traditions, which furthermore is to be found in the quotidian or in physical experiments.

The exhibition title serves less as a strict, thematic frame but is rather meant to be a loose, formal bracket, connecting different artistic positions with varying statements. The Geometry of Things as a “Language of man” and underlying “rhythm”(Le Corbusier) can be found in any of the four approaches – sometimes evident, another time rather hidden. It is the platform which allows the works to spread out in their diversity.

The paintings of Markus Amm explore various fields of inquiry relating to the boundaries and possibilities of painting, space in its actual and constructed forms, and illusion and reality. The influences of avant-garde art movements play a pivotal role in his work – basic geometric forms and a restrained use of colour similar to that cultivated in works of Russian Constructivism, Bauhaus and De Stijl. Sara Barker’s sculptures seem to be three-dimensional drawings, which diffuse in space in order to connect, disrupt, extend or reflect their surrounding. Surface and space, indoor and outdoor entangle and become a fragile unity as if they always would be slightly out of balance and just before collapse. Charlotte Moth seeks „the geometry of things“ directly by tracing it on her travels, tracking it in architecture or ordinary arrangements and by finally capturing it in photos, films or installations. Moth does not construct new geometry-inspired structures but instead gathers geometric forms where she finds them in everyday life. Robin Watkins grapples with everyday objects in order to reveal their secrets in experimental arrangements. His arrangements similarly focus on the complex relationship between periodic natural phenomena and the rhythm of social behaviour intrinsic to these.