April Lamm
Animal Kingdom. Is it possible to employ an animal as a readymade? 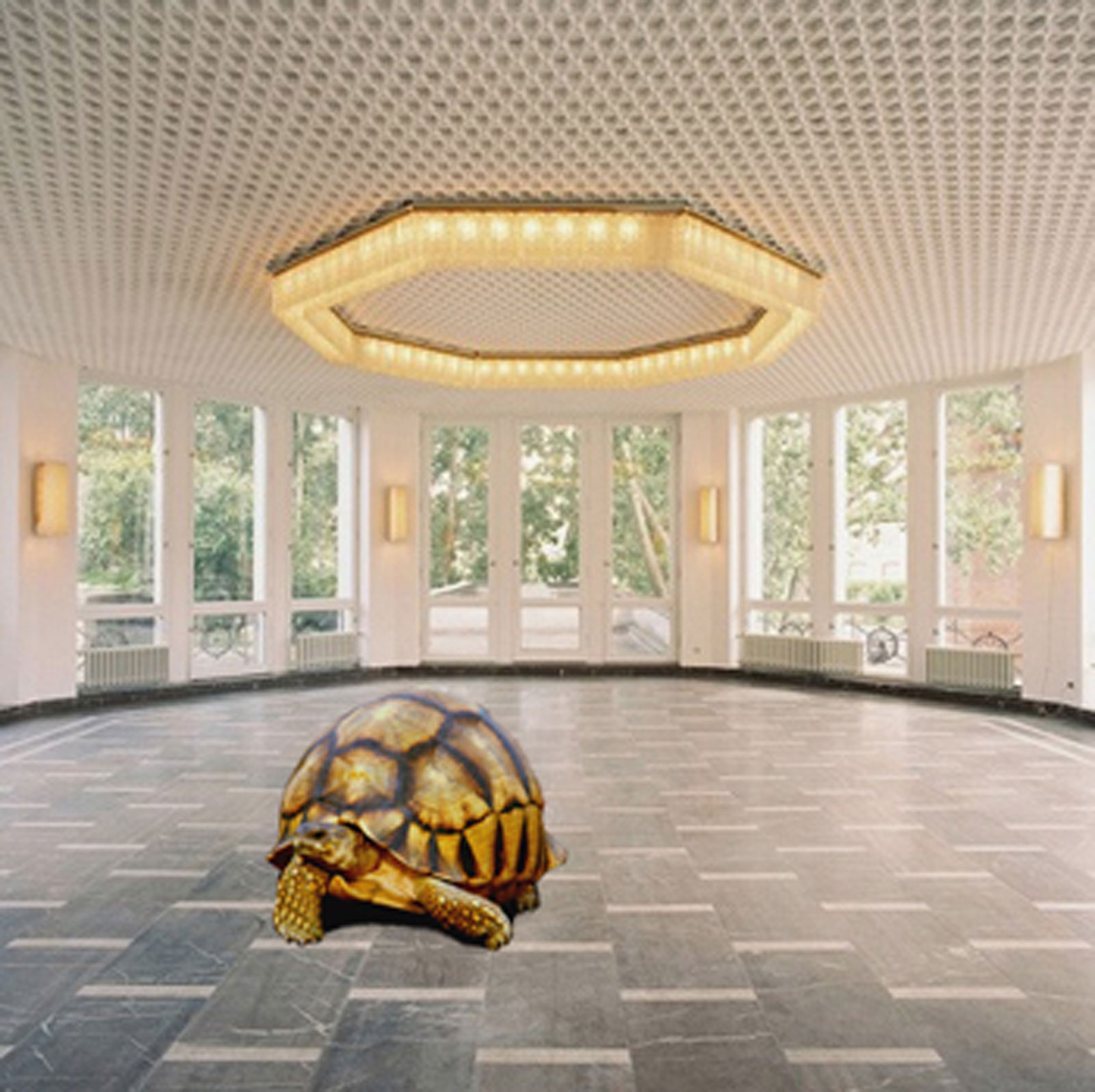 The films listed above were selected by April Lamm for the Animal Kingdom project and were put together to form an almost two-hour loop under the question „Is it possible to employ an animal as a readymade?“ They demonstrate the quasi-scientific spirit of the artists in the act of observing animals. The sequence of the individual films does not follow a dramaturgy staged by Lamm, but is based on the nursery rhyme There was an Old Lady. Like a monitor in a bar, over which the news headlines run, the sequence of animal films does not demand the complete concentration of its viewers; rather, the situation offers an opportunity for the slowness that many long for, occasional conversations, and a drink or two.

The musical accompaniment to the evening is provided by Terry Fox’s The Labyrinth Scored for 11 different Cats and Marcel Broodthaers’ Interview with a Cat. Host Rocky the turtle will be there, but rather as a silent representative.

April Lamm is an author, curator and artist. She has lived in Berlin since 1998. In 2006/2007 she curated the exhibition Anonymous: In the Future No One Will Be Famous at the Schirn Kunsthalle in Frankfurt. Since 2006 she has been working on a collection of short stories entitled The Ministry of Leisure. She writes regularly for Frieze and is co-author of the art world novel The Collector (with Stefan Heidenreich). As an artist she was involved in the exhibitions Ausser Haus (Heidelberger Kunstverein 2011), Based in Berlin (Berlin 2011) or Defending our Values (Kunstraum Innsbruck 2010). Animal Kingdom had its premiere in 2011 at the Schinkel Pavillon, Berlin.

A film screening in the series Frei.Zeit, curated by April Lamm.