Gareth Moore
A performance, a lecture, a talk with someone else, some questions?, an evening of music, and possibly something else 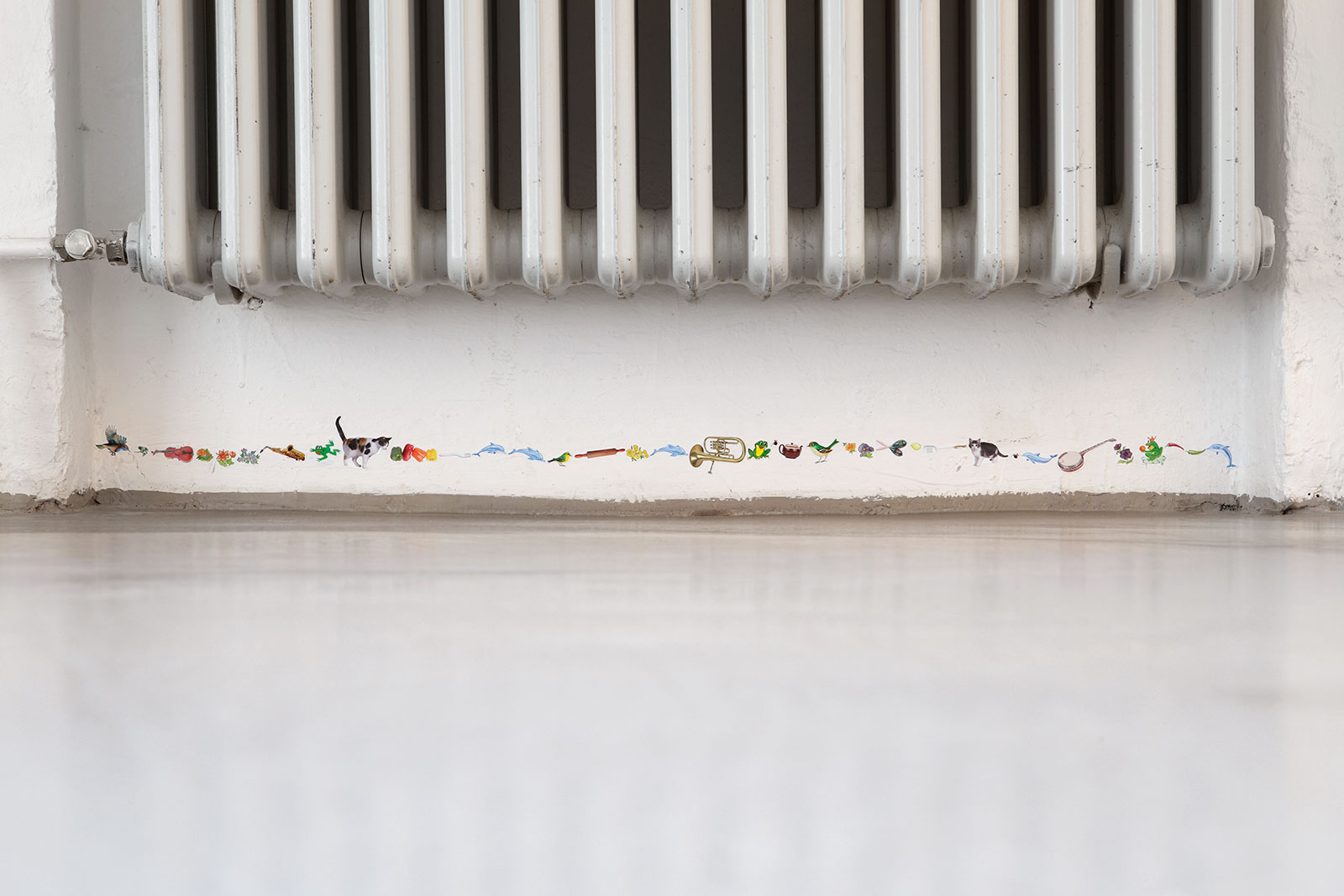 The artistic approach of Gareth Moore (*1975, lives in Berlin and Vancouver) is characterized by an openness for processual and site-specific contexts as well as an economy of means. He often questions institutional laws by undermining them with minimal gestures and in a way that is both precise and humorous.

Moore’s work for the group exhibition currently on show at the GAK consists of two contributions made for the occasion. Sculpture Which Is Its Own Documentation – Truly consists of a wooden stele from which five colored cameras are suspended. The title establishes a proximity to John Baldessari’s famous painting A Painting That Is Its Own Documentation from 1966-68, which replaces the pictorial representation with a written enumeration of exhibition locations and dates, thus calling it into question. Moore’s stele may only be photographed by the GAK photographer and only by the cameras attached to it, whereby the films are to be developed only after the end of the exhibition – specifications that make conventional exhibition documentation and press work impossible. Furthermore, with Something Like Distractions the artist has distributed several objects in the GAK rooms, which do not function as works of art, but as a disturbing factor and refraction within the overall presentation: A collaged photograph, a picture frieze of stickers, a dyed coin or a cardboard collage are mounted almost invisibly under a radiator or integrated into the donation box and the catalogue display, a rejected poster design stretches across a windowsill as a failure that has become material or cheats on the institution’s billboard, a sign-like object appears like a warning of freshly cleaned floors, and a small wall slip greets the male toilet visitor.

Moore’s evening A performance, a lecture, a talk with someone else, some questions?, an evening of music, and possibly something else eludes conventional definitions by combining various elements of a classical artists’ evening in a fragmentary and performative manner: A short artist’s talk, a few questions from the audience, a piece of music, a short film, cold beer, warm tea and other scenarios create an open structure that not only provides information on the content of Gareth Moore’s artistic work, but also draws an atmospheric picture of his approach.

In cooperation with the Canadian Embassy.

An event to the exhibition “An einem schönen Morgen des Monats Mai…”.