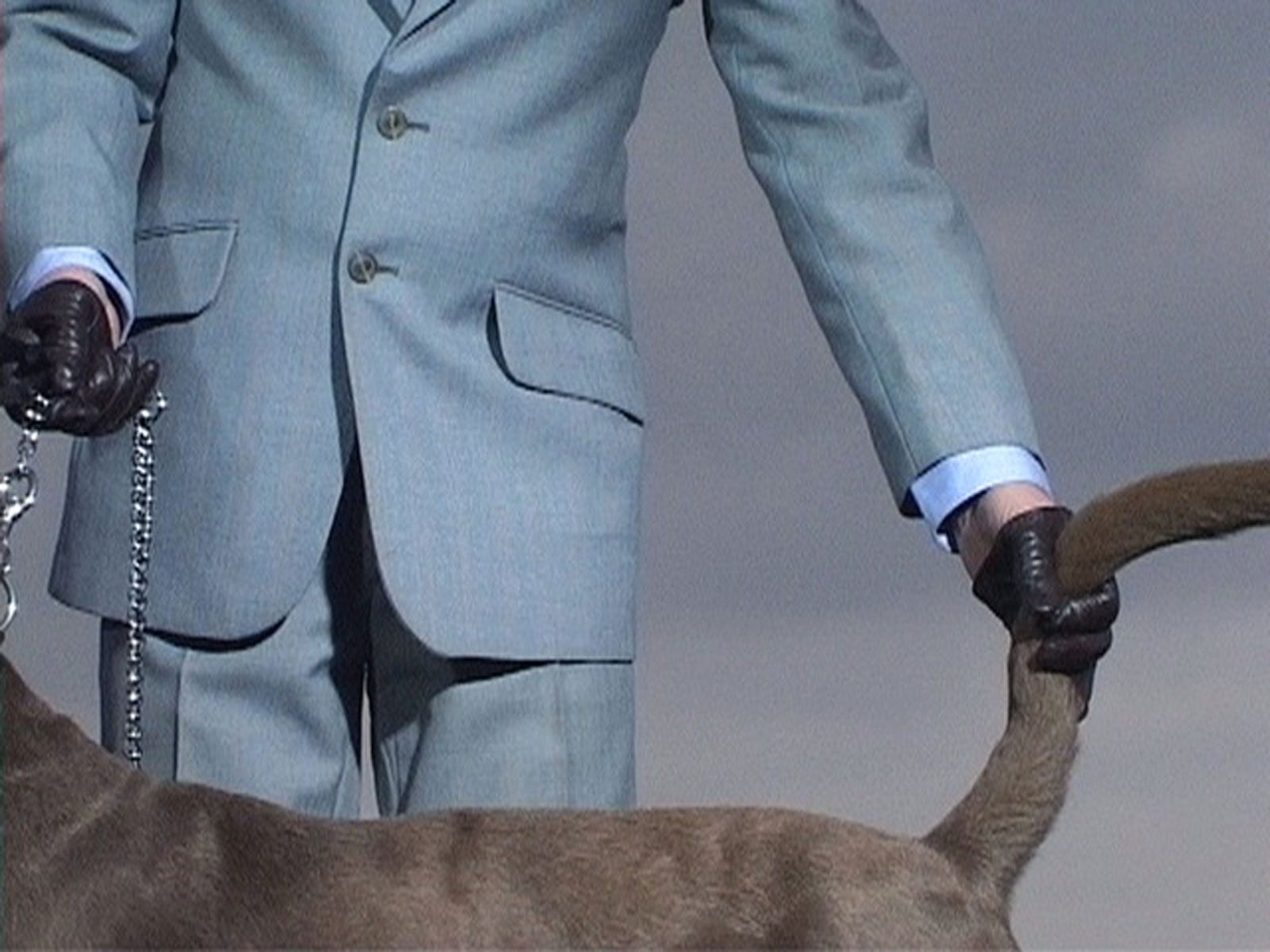 The screening to current exhibition at the GAK “Girls can tell” shows three films by Swedish artist Annika Larsson.

Her oldest piece in this selection, Dog, resembles a filmic tableau vivant composed of two men in business suits and a dog on a leash. No word is said during the sixteen minutes of the film. Interaction between the protagonists evolves through a complex net of gestures, looks and symbols of power.

It is men who play the lead in almost all of Annika Larsson’s films. The absence of women on the screen in her work turns the filmic „regime of the gaze“, as analyzed by feminist theory for the cinema, away from women as objects which led critics to a feminist reading of her practice. But is the fact of staging men to be interpreted as a feminist approach? Does the reversal of binary gender oppositions conclusively change power relations? Or are the codes of power articulated in bodies and symbols and their incorporation and separation far more complex?

The screening is followed by a talk of Annika Larsson with Yvonne Bialek in English.

Annika Larsson (*1972) lives in Berlin. Her work has been shown at the Museum für Gegenwartskunst, Basel, Fundacion la Caixa, Barcelona, Le Magasin, Grenoble, Kunsthalle Nürnberg, Nürnberg, ICA-Institute of Contemporary Art, London, ZKM, Karlsruhe, S.M.A.K., Gent and Musac, Lyon  and the 49th Venice Biennial, 8th Istanbul Biennial and 6th Shanghai Biennial among others. Currently, she is teaching as visiting lecturer at the Academy of the Fine Arts in Bremen.

An event to the exhibition “Girls can tell”.