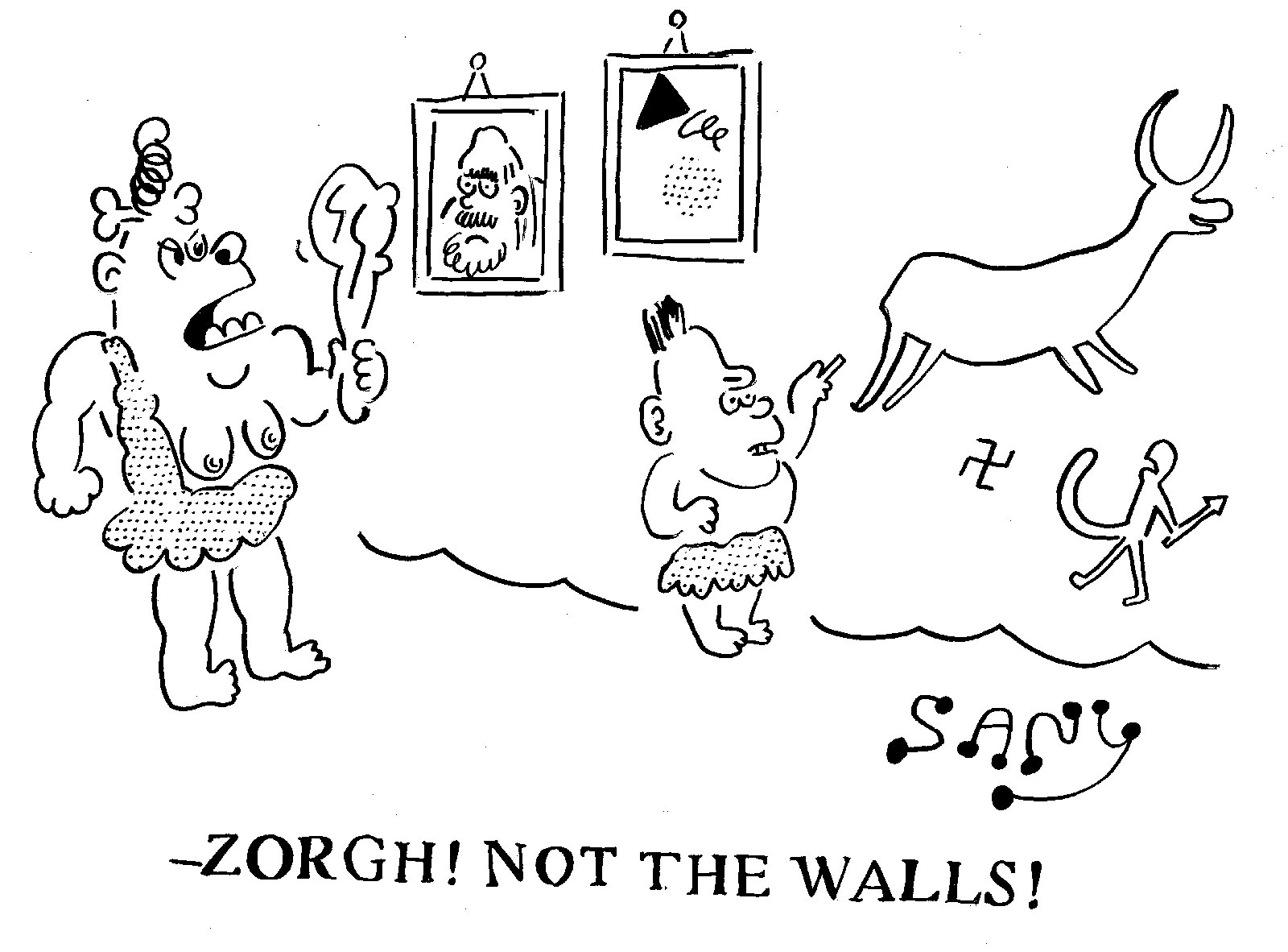 A crooked odyssey through the history of illustration, where both the concept of illustration and history itself are disputed. Arguments will be presented, however, that illustration is not just the base of all other disciplines of art, science and language, but also that our general perception of the world strongly depends on its inherent mechanisms, from the early cave paintings to your latest status update.

Samuel Nyholm was born in Lund, Sweden. He is a Graphic Designer, illustrator and Poet. He is co-founder of the graphic design bureau Reala in Stockholm and has worked for clients such as Vitra, Ikea, H&M, EMI, MTV, Die Zeit, Kunsthalle Sankt Gallen and Tate London. He worked as a teacher in Graphic design at ECAL in Lausanne and is now Professor of Illustration at HfK in Bremen. He was a guest teacher at Weerkplats Typographie, Fabrica, Academie Rietveld, The Sandberg Institute etc.

A lecture to the exhibition “Sanya Kantarovsky. You Are Not an Evening”.