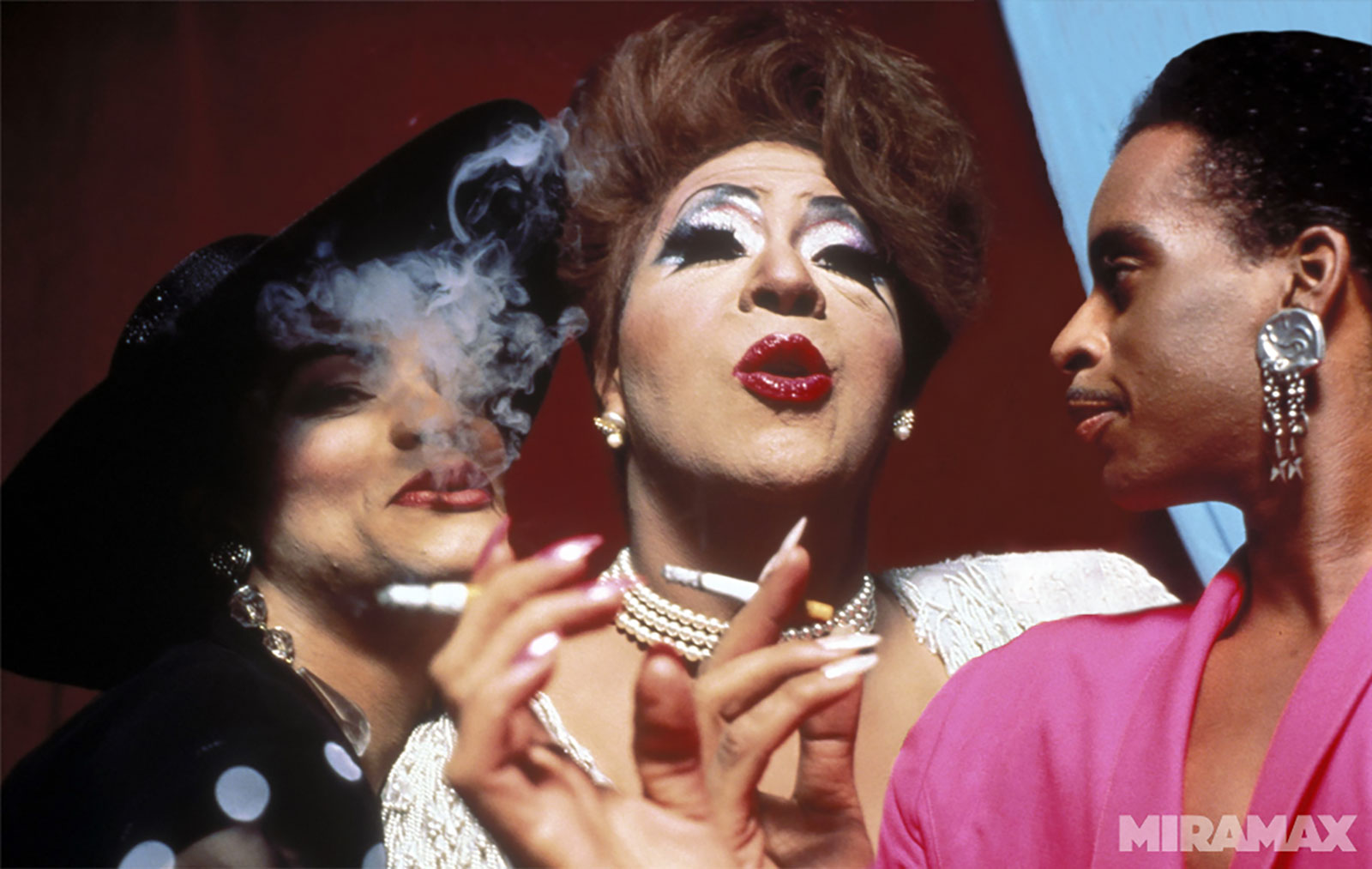 Accompanying the exhibition “IIch brauche wenig Wirklichkeit (I rarely need reality)” by Nina Hoffmann, we are showing the American documentary Paris Is Burning at the artist’s suggestion. For this film Jennie Livingston took a look at the drag queen culture of African-American and Latino communities in New York in the mid/late 1980s: In “Drag balls” men compete for the most convincing “cross-dressing” appearance. The aim is to win awards in categories such as “face,” “femme queen realness” and “voguing.

“The film is considered to be an invaluable documentary of the end of the Golden Age of New York City drag balls, and critics have praised it as a thoughtful exploration of race, class, gender, and sexuality in America.” (documentaryheaven.com/paris-is-burning).

Nina Hoffmann: “In connection with my own artistic work, I am particularly interested in which way and in which quality gestures, facial expressions and appearances are adapted, which do not belong to the direct reality of the actors, but are projection surfaces.“