Pierre Leguillon:
“The Promise of the Screen” features:
Toasters and Mountains, 2019 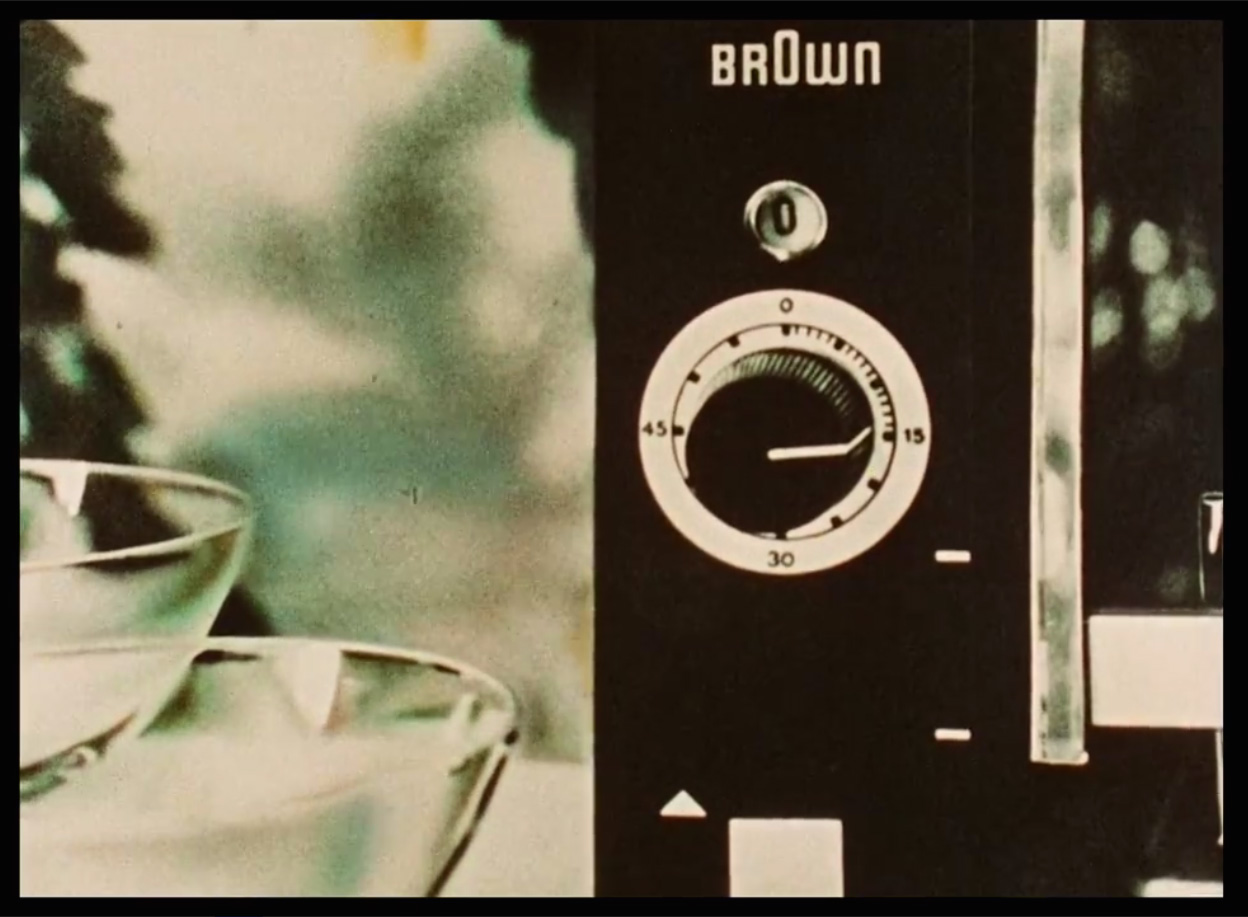 Since 2007, Pierre Leguillon stages the mobile moving-image project “La Promesse de l’Écran” (The Promise of the Screen) consisting of performative film screenings that explore the reproducibility of the dynamic and static image. All screenings have been adapted to various occasions and formats and have been shown at numerous institutions worldwide, most recently in 2018 in Kamoshika, Ōita, Japan and in 2017 at the Carpenter Center for Visual Arts, Harvard University, Cambridge. For Bremen, Pierre Leguillon develops the new program “Toasters and Mountains”, providing exciting and rare cinematic references to art and film history, to design and TV advertising, such as contributions by Liam Gillick, Michael Maziere and James Scott, TV commercials of the Braun company, or as special feature a rare film by Ray and Charles Eames with Judith Wechsler.

Pierre Leguillon (b. 1969 in Nogent-sur-Marne, France), lives in Brussels. His works, performances and projections have been subject to many monographic exhibitions and projects, among others: 2019 Fondation d’entreprise Ricard, Paris; 2015 Wiels, Brussels; 2014 Carnegie Museum of Art, Pittsburgh, as well as at Raven Row, London, Moderna Museet, Malmö, Musée du Louvre, Paris, and Artists Space, New York. Leguillon is awardee of Villa Médicis (2003) and teaches at HEAD Haute Ecole d’Art et de Design in Geneva.

Performance and Film Programme to the exhibition “Straub/Huillet/Cézanne. One Doesn’t Paint Souls”

“The Promise of the Screen”
Mixed media
Variable dimensions
Since 2007

The film program was developed in cooperation with Jonathan Pouthier, assistant curator at the film department, Centre Pompidou, Paris

→ Amy Budd – From Slide to Celluloid: Pierre Leguillon and La Promesse de l’Écran (The Promise of the Screen), 23 Oktober 2012, LUX