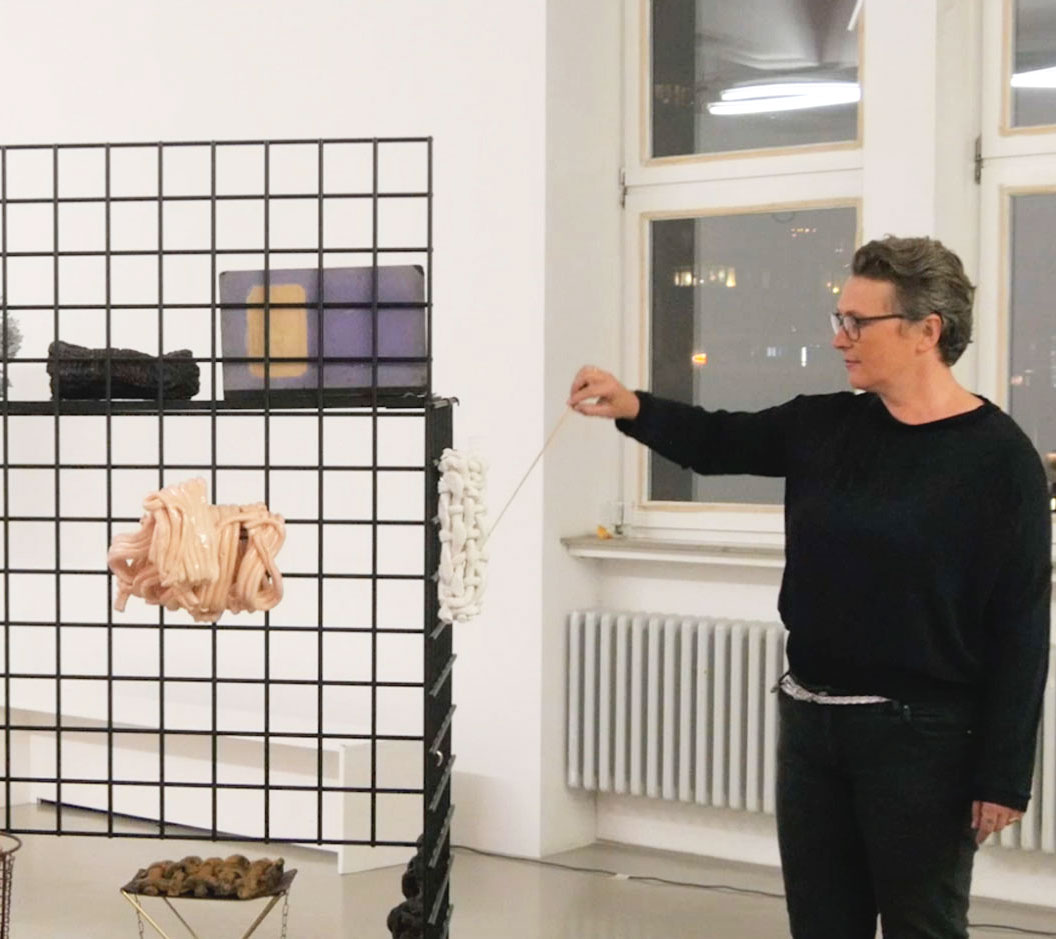 During their performances, Alex Müller and F. Cirillo will perform their respective works in the exhibition “Further Thoughts on Earthy Materials”. In this way, they will pay special attention to the physicality as the thematic focus of the exhibition. In doing so, they will engage in different ways with the ceramic objects and their inherent themes.

“The foundation of the orchestra is located in the Westend, in a large house with small cellar rooms. By forming and reflecting, the friends return to the placement of a coming moment…”. Alex Müller takes the title at its word in Der Takt vom Orchester and elicits from the orchestra members their sounds and other secrets.

Alex Müller (*1969 in Düren) is an artist and exhibitionmaker. Her works have been shown in solo exhibitions at the Westwendischer Kunstverein in Gartow („Kapern holen den Wind“, 2017), the Galerie Sandra Bürgel in Berlin („Will you be my wife“, 2016), the Leopold Hoesch Museum in Düren („Cassiopeia and the Alberich“, 2011) and the Bonner Kunstverein („before Martha and Hedda after eleven“, 2007), among others. She has also been represented in group exhibitions at Kunsthalle Recklinghausen (2016), Kunstwerke Berlin (2013), Schirn Kunsthalle Frankfurt (2011), Kunstverein Langenhagen (2011) and many others.

Performance night to the exhibition “Further Thoughts on Earthy Materials”: