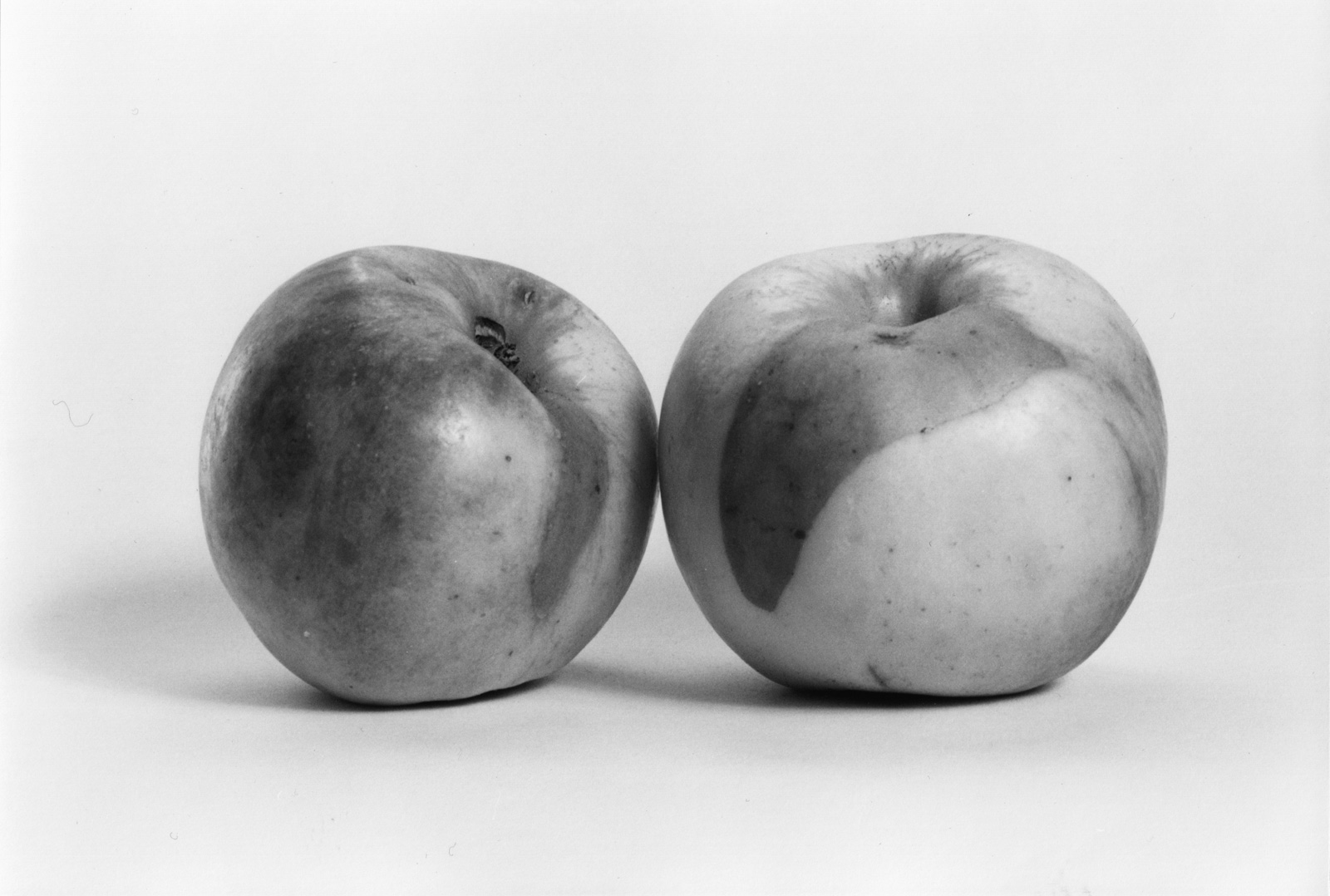 Making a picture of an apple is easy and difficult at the same time. The fact that it is round suggests that it is easy. A picture is indeed all the more a picture the more one is captured, must go in a circle, repeat in the observation without repeating oneself. As an apple, the apple is already a picture; amazingly, it is in fact often more of a picture as an apple than in the form of a picture of an apple. When I observe an apple, I inspect it. I ignore its surroundings for the most part. I have learned how to hold an apple, how to examine it for rotten spots, for worminess, freshness and beauty spots, to let it lay where it is or to take it where it is better and more beautiful. Let us assume I am holding an apple in my hand and am examining it. I always examine it, regardless of whether I want to eat it or take a photograph of it. I make a mental picture of it that is almost exclusively the picture of its exterior appearance. I do not see my hand at all; I only see the spherical form abstracted by the surroundings. In the picture, the concrete picture, the surroundings, the photographic treatment of the surroundings, is all the more important. Where does the sharpness end or where does it lay at all, does the light emphasize the body or does it counteract it, is the red background capable of pushing its way into the foreground? (trans. from G.D., Nivea und Nivea, 2008)

Gerald Domenig (b. 1953 in Villach, Austria), studied at the Düsseldorf Art Academy and the Städelschule in Frankfurt, where he made photography as a subject suitable for teaching in the 1970s. In 1984 he was represented in the group exhibition “Von hier aus” in Düsseldorf, in 1988 he exhibited in the Portikus in Frankfurt, in the Museum Ludwig in Cologne in 2008 and in the Sezession in Vienna in 2016 – a selection of outstanding solo presentations. In addition photo text books appeared. / Kasper König, born in Mettingen in 1943, is an art professor and curator. From 2000-2012 he was director of the Museum Ludwig in Cologne. In 2014 he organized Manifesta 10 in St. Petersburg as Chief Curator. In 1977, together with Klaus Bußmann, he initiated the “Skulptur Projekte Münster” and has since been its Artistic Director. In 1988 he became a professor at the Städelschule Frankfurt, which he directed from 1989 as rector. At the same time he was the founding director of the exhibition hall Portikus: in 1988 he invited Domenig and Franz West to a double exhibition.

Slide show and conversation with Kasper König to the exhibition “Straub/Huillet/Cézanne. One Doesn’t Paint Souls”