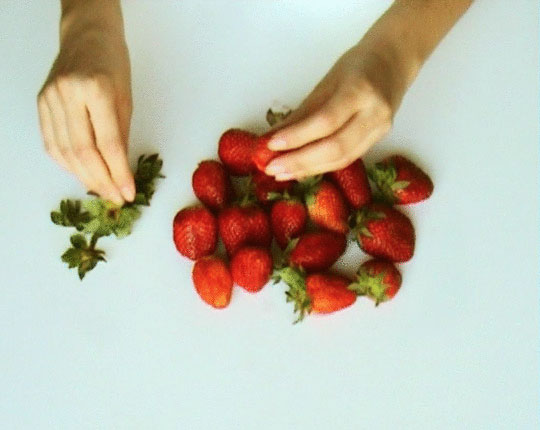 „I like to shift between media, explore new materials and techniques, and try to find new strategies. (…). It always starts with the emotion that provokes an idea, and the choice of the medium has to support it.“ (Šejla Kamerić)

Šejla Kamerić works with film, photography, installation, intervention in the public space or drawing. In order to extend the exhibition „Keep Away from Fire“ by further aspects of her artistic practice, the GAK will screen the short film Glück and the two clips Untitled/Daydreaming and Imagine. These three cinematic works offer further insights into Kamerić’s interest in the ambiguity of resistance and acceptance in oppressive political systems as well as questions of societal power structures and their consequences for the marginalized „others“, she is constantly dealing with in her work.

Šejla Kamerić’s work has been shown internationally in individual exhibitions, including the ARTER Space of Art in Istanbul, the National Gallery of Kosovo in Pristina (both 2015), the CAC Contemporary Art Centre in Vilnius (2012), MACBA in Barcelona and Centre Pompidou in Paris (both 2010). Kamerić also took part in numerous group exhibitions, including at the Fondazione Nicola Trussardi in Milan, the GAK Gesellschaft für Aktuelle Kunst  in Bremen (both 2017), the Trondheim Triennial (2015), the Kunstverein in Hamburg (2014), the Gwangju Biennale, the Moderna Museet in Stockholm and the Marrakesh Biennale (all 2012). The exhibition „Keep Away from Fire“ at the GAK Gesellschaft für Aktuelle Kunst is her first institutional solo show in Germany.

After the screening, there will be a chance to discuss the works together and we invite you to have some cheese and wine with us.

A filmscreening to the exhibition „Šejla Kamerić. Keep Away from Fire“.