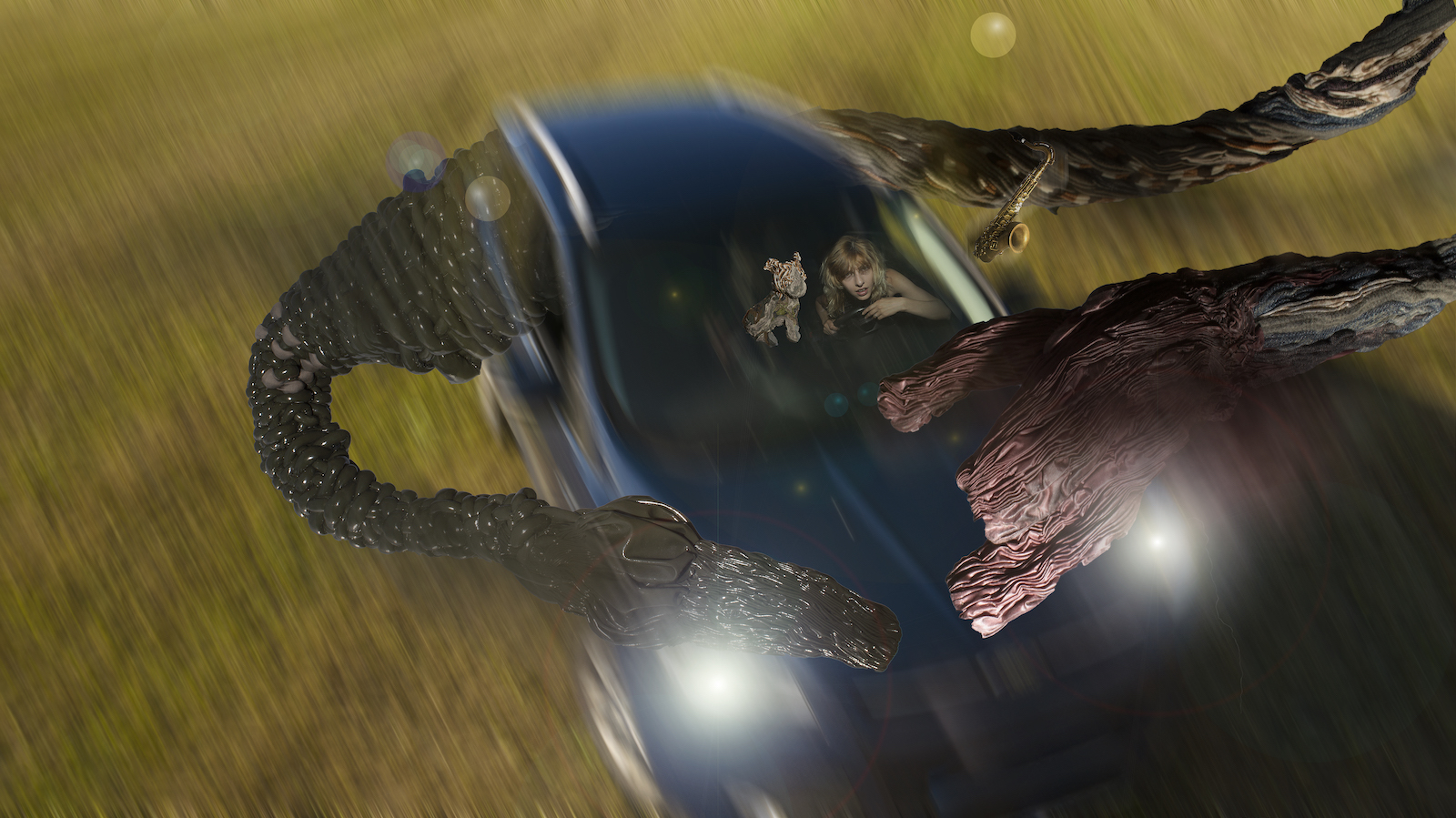 Ursula Sereghy (lives in Prague) played as a self-educated saxophonist in live jazz bands for years until she discovered her passion for experimental electronic music and sound design at the local Synth Library. On her debut album OK Box, released in September 2021, she combines deconstructed field recordings and sounds from saxophone and other wind instruments. The album was created in the seclusion of the forest, which Sereghy sought during the pandemic. An experience that forms the emotional and sound background of the album, and whose “speculative sounds”-in the words of her label-can be understood as “reasonable escapism” and an appeal: “Hang in there, you little civilians and slimy slugs alike.”

Note: We are very happy to announce that on the occasion of our invitation to Bremen, Ursula Sereghy will also play at Hamburg’s Golden Pudel Club the night before, May 14th at 11pm!

An event to the exhibition Alexandra Leykauf and Dominik Styk. What We Do in the Shadows

> This programme is part of a collaborative project between GAK, Künstlerhaus Bremen and Kunstverein Bremerhaven, which is being developed as part of “dive in. Programme for Digital Interactions” of the Kulturstiftung des Bundes (German Federal Cultural Foundation) with funding by the Federal Government Commissioner for Culture and the Media (BKM) through the NEUSTART KULTUR programme.